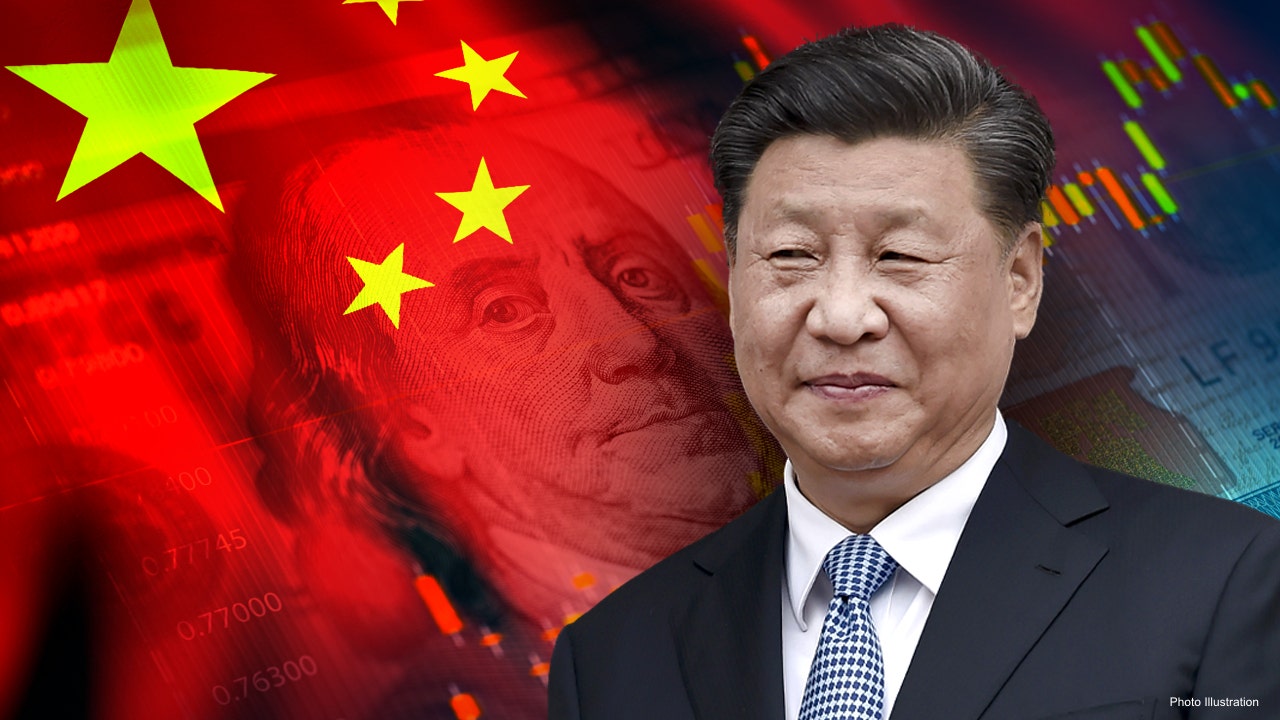 FOX Business’ Maria Bartiromo receives a statement from the Business Roundtable pushing back against Biden’s comments about patents on COVID vaccines.

Chinese technology giants have seized on a new legal tactic to fight claims of intellectual property theft, raising concerns in the U.S. that Beijing’s promises to strictly enforce patent and copyright laws will be undermined by Chinese courts.

CHINA HAS ENOUGH STOLEN US DATA TO CREATE ‘DOSSIERS’ ON EVERY AMERICAN, SENATE PANEL IS TOLD

In the Xiaomi case, the Beijing-based company was granted an anti-suit injunction against InterDigital Inc., a Delaware firm that holds patents on wireless and digital technology used in smartphones.

Xiaomi, the world’s biggest smartphone maker, has sold millions of handsets using InterDigital patents since 2013, under industry practice that allows companies to do so while licensing fees are being negotiated.

When talks broke down after seven years, InterDigital decided last year to sue Xiaomi for patent infringement—but found itself beaten to the punch.

At Xiaomi’s request, a Chinese court in Wuhan issued an injunction barring InterDigital from pursuing its case against Xiaomi—in China or anywhere else. If InterDigital persisted, the Chinese court said, it would face fines equivalent to roughly $1 million a week.

To trade lawyers and others who have tangled with Chinese companies over intellectual property, the InterDigital case is the latest sign of how China disregards the patents, copyrights and trade secrets of foreign companies. They say the situation hasn’t improved in key respects despite Beijing’s promises, including pledges made in the 2020 U.S.-China trade deal.

“China’s growth and development strategy is contingent upon IP theft and forced technology transfer,” said Charles Boustany, a former Republican congressman from Louisiana and member of the Commission on the Theft of Intellectual Property, an independent advocacy group.

BIDEN, IN CALL WITH CHINA’S XI JINPING, SETS ‘GUARDRAILS’ TO ENSURE ‘COMPETITION DOES NOT VEER INTO CONFLICT’

The Chinese Embassy in the U.S. didn’t respond to requests for comment. In the past, China has said it has taken many concrete steps to improve its environment for protecting intellectual property, including changes to its patent and copyright laws in response to the Phase One trade deal signed with the U.S.

In the U.S. and U.K., anti-suit injunctions are typically issued by courts to prevent identical cases from playing out in multiple legal venues simultaneously. In one well-known case, a federal-district court in Washington state issued an anti-suit injunction blocking Motorola Inc. from bringing a parallel lawsuit against Microsoft Corp. in Germany.

The Chinese injunctions take that a step further by barring legal action globally, according to lawyers and others who track the Chinese courts. The Chinese courts also asserted jurisdiction over patent licensing fees globally, in what attorneys say is a break from standard practice in the West.

“What the Chinese are doing is using this legal tool, the anti-suit injunction, to make it so Chinese courts—really the Chinese government—and nobody else decides how valuable intellectual property is,” said Brian Pomper, a partner at Akin Gump, and an expert on international trade and IP disputes.

The U.S. Trade Representative addressed the matter in an April report, saying that “worrying developments such as broad anti-suit injunctions issued by Chinese courts have emerged.”

As part of the U.S. trade deal, Beijing increased financial penalties for violations and made it easier for foreign companies to file complaints directly with the Chinese government.

Court filings by U.S. companies against Chinese enterprises for IP theft have fallen dramatically in recent years, but legal analysts say that isn’t a sign of progress. Just the opposite, they say: companies have either concluded they will lose in court, or don’t want to risk reprisals from China.

“It’s a scary prospect for these international companies absolutely,” Mr. Contreras said. “This is totally the Wild West.”

One case played out between the Chinese mobile phone brand Oppo, a unit of BBK Electronics, and Japan’s Sharp Corp. , which is majority-owned by Taiwan-based Foxconn Technology.

Sharp sued Oppo in Japan for infringing some of its patents for the technology behind wireless local area networks in January 2020.

Oppo countersued in a Chinese court in Shenzhen, which took jurisdiction and said it would determine the price that Oppo should pay to use Sharp’s patents.

When Sharp fought back in Japanese and German courts, the Shenzhen court in December issued an anti-suit injunction, and said it would penalize Sharp roughly $1 million a week if it didn’t drop its lawsuits.

The case is ongoing, but the Supreme People’s Court of China praised the case in a report highlighting significant intellectual property cases, citing it as an example of how China is changing from a “follower of property rights rules” to a leader in the field.

The Supreme People’s Court of China issued an anti-suit injunction last year in a dispute between Huawei and Conversant Wireless Licensing (now MOSAID Technologies Inc.), which has U.S. and international wireless patents, blocking Conversant from pursuing a suit in Germany. The companies settled with terms undisclosed.

In the case, Ericsson owned the patents that Samsung was negotiating to use. Samsung sued Ericsson in the Wuhan court, which issued an anti-suit injunction against Ericsson with a $1 million weekly penalty. The companies settled for undisclosed terms.

CHINA EYEING POWER GRAB OFF CHAOTIC US WITHDRAWAL FROM AFGHANISTAN

The InterDigital case was the first use of an anti-suit injunction against a U.S. company.

In court filings, Xiaomi didn’t dispute that it used InterDigital’s technology, contending instead that InterDigital was demanding too much money.

“Going to court is one way—though not the preferred way—to resolve IP disputes and, in this case, litigation was under way in several jurisdictions,” said Paul Lin, vice president of global business development and IP strategy at Xiaomi.

At Xiaomi’s request, the Wuhan court issued a global injunction against InterDigital and said it would set the royalty rate. A Xiaomi spokesman said the Chinese court had the expertise and ability to move quickly on the case.

InterDigital’s then-chief executive William Merritt had a different view. “As we have seen on so many fronts, the Chinese manufacturers want to play by their own rules,” Mr. Merritt said shortly after the Chinese courts slapped his company with the injunction.

InterDigital went to courts in both India and Germany seeking to overturn the Wuhan ruling. InterDigital never took its case to a U.S. court because Xiaomi doesn’t have a significant presence here.

Both the Indian and German courts sided with InterDigital. InterDigital and Xiaomi reached a settlement in August, dropping all their legal actions in exchange for undisclosed licensing terms.

InterDigital and Xiaomi both issued statements expressing satisfaction with the resolution, and said they couldn’t comment on terms. Derek Soderberg, an analyst at Colliers Securities that covers InterDigital, was skeptical about the upbeat assessments.

“Strong-arming is certainly a possibility,” said Mr. Soderberg. “I think the Chinese are using the Wuhan court as a way to try to invalidate patents and push these IP companies into signing a less favorable deal.”

Technology
We use cookies on our website to give you the most relevant experience by remembering your preferences and repeat visits. By clicking “Accept All”, you consent to the use of ALL the cookies. However, you may visit "Cookie Settings" to provide a controlled consent.
Cookie SettingsAccept All
Manage consent