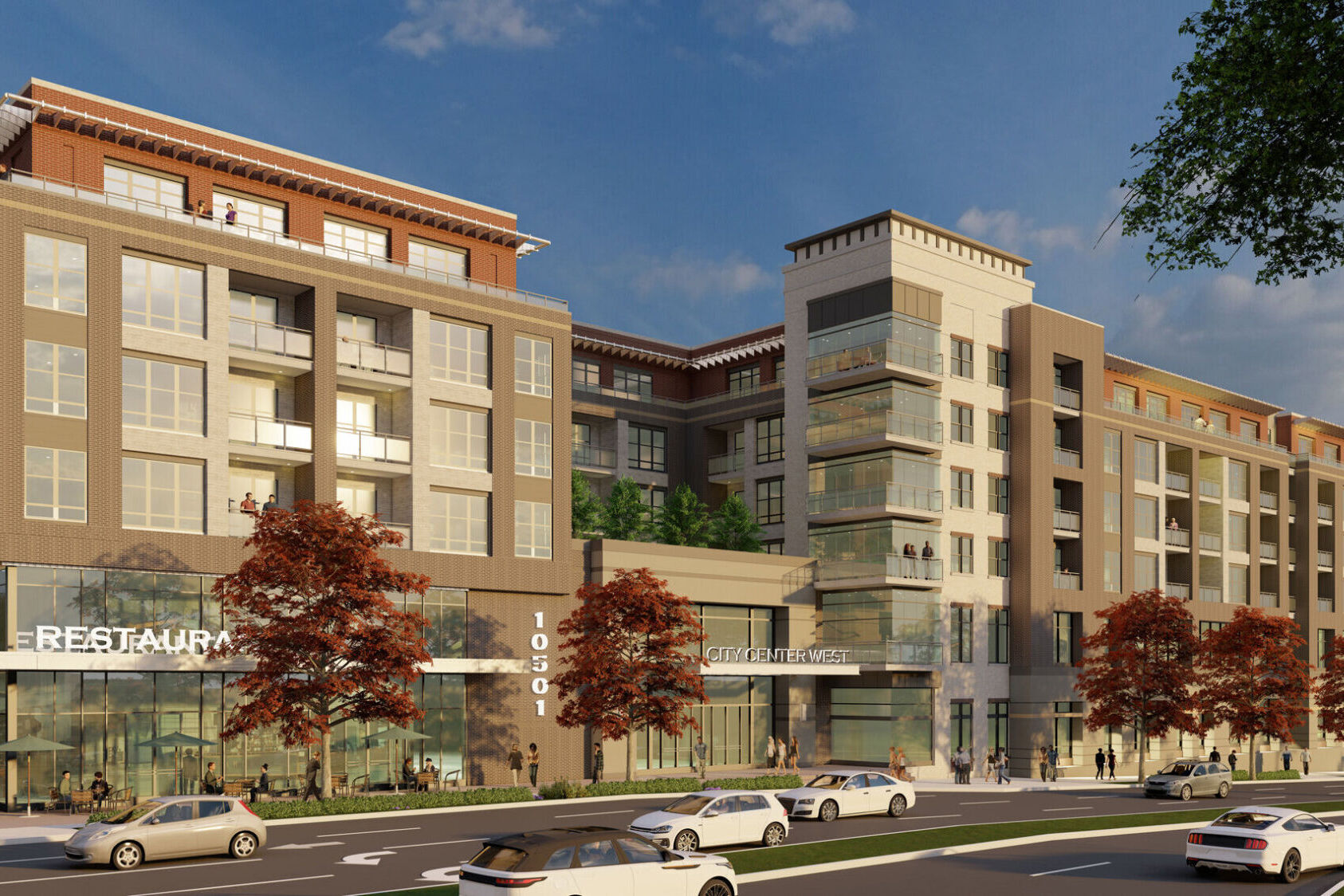 The project, called City Center West, will be at Main and West streets and replace three existing buildings. Two are vacant; one currently serves as offices for Ox Hill Companies.

The 268,000-square-foot, six-story development, as planned, will include 88 luxury condos with large balconies, a rooftop pool, underground parking, a bank with enclosed bank drive-through lanes, a restaurant with outdoor seating, space for retail and a community plaza.

“Luxury condos are an underserved product type for the market. There are a lot of buy-down buyers that have lived in a house for 20 years, but don’t want to leave the area,” said Ox Hill Companies principal Christopher Smith.

“City Center West is an improved experience to the Fairfax area,” Smith added. “Ox Hill Companies has spent the past four years collaborating with area businesses, residents, and city and county leaders to collectively elevate the communal experience for residents and visitors in the Old Town area.”

City Center West will also include space for medical offices.

Ox Hill is awaiting approval for the project from the City of Fairfax, expected later this year. Once approved, it expects completion by summer of 2024.

Ox Hill Companies is also moving forward with a separate project in Fairfax City, for a mixed-used project including a performing arts center and hotel a couple of blocks from City Center West, a project that was originally floated in 2019 for that site.

Smith called the city of Fairfax “an untapped area of Fairfax County, and the economics of developing in the city are difficult, but we believe we are developing the right kind of product. There is a new way in how people are looking at the City of Fairfax. We are focused on entertainment and hospitality.”

Get breaking news and daily headlines delivered to your email inbox by signing up here.

© 2022 WTOP. All Rights Reserved. This website is not intended for users located within the European Economic Area.

Gadget
We use cookies on our website to give you the most relevant experience by remembering your preferences and repeat visits. By clicking “Accept All”, you consent to the use of ALL the cookies. However, you may visit "Cookie Settings" to provide a controlled consent.
Cookie SettingsAccept All
Manage consent