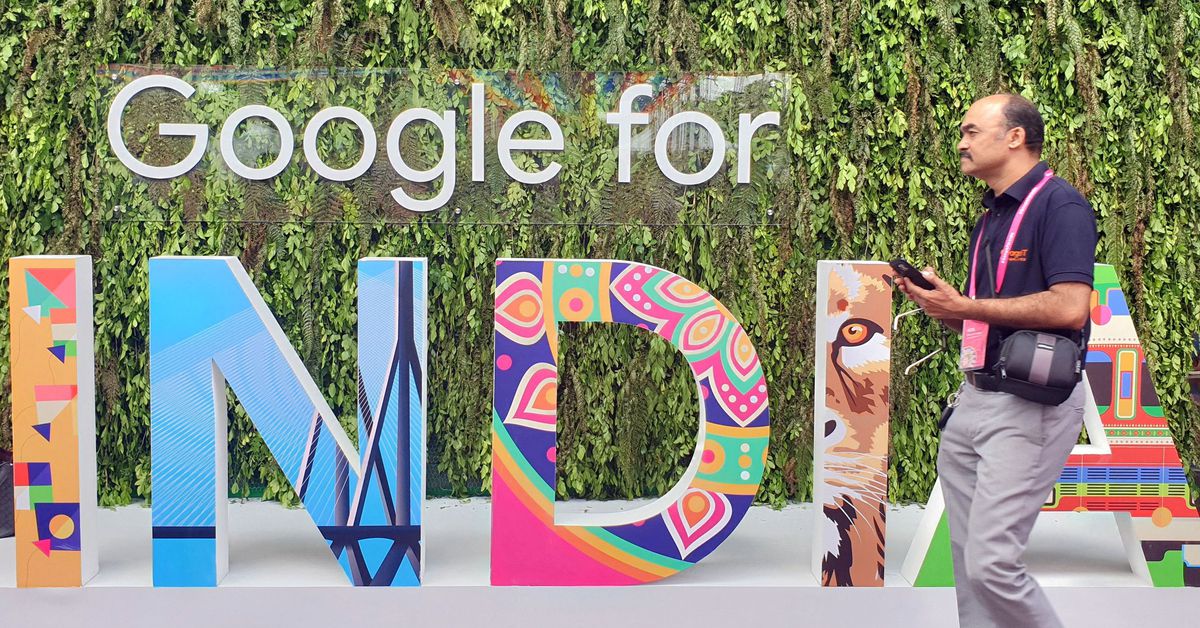 A man walks past the sign “Google for India” at the company’s annual technology event in New Delhi, India, September 19, 2019. REUTERS/Sankalp Phartiyal/File Photo

NEW DELHI, May 27 (Reuters) – Alphabet Inc’s (GOOGL.O) Google is in talks with the Indian government to integrate its shopping services with the country’s open e-commerce network ONDC, two sources familiar with the matter told Reuters.

The government estimates the Indian e-commerce market was worth more than $55 billion in gross merchandise value in 2021 and will grow to $350 billion by the end of this decade.

ONDC Chief Executive T. Koshy told Reuters that Google was one of many companies it was in discussions with to be associated with the project.

Google’s talks follow the success of its payments business because of the government’s initiative for financial transactions, the Unified Payments Interface (UPI), said one of the sources, both of whom declined to be identified as they were not authorised to discuss the matter with the media.

Google’s existing shopping business works solely as an aggregator of listings online and doesn’t carry out any order fulfilment like delivery, which the likes of Amazon do.

A Google spokesperson declined to comment on whether it was in talks with the government.

“We remain committed to focus on the enablement of small and medium businesses to leverage digital for deeper discovery and payments capabilities with Google Pay,” the spokesperson said, referring to its payments service.

Partners of the ONDC project, which currently includes the likes of Indian fintech firm Paytm (PAYT.NS), will show listings from each other on their platforms in search results. The government’s aim is to level the playing field by reducing the cost of doing business for any seller who wants to list their products online.

Some industry executives, however, have raised concerns over how listings from different sellers will be prioritised.

“The logic would be that the highest sellers/best rated sellers will probably get displayed first, which means it will not be a level-playing field,” said Mahesh Narayanan, a former head of Google’s mobile ads business in India.

The ONDC programme aims to join 30 million sellers and 10 million merchants online, and cover at least 100 cities and towns by August.

“One thing ONDC will definitely need is a consumer player to drive adoption with the masses,” he said. “You may remember that UPI had only 17 million transactions per month before Google Pay launched and the graph thereafter is a hockey stick.”

F & B Business
We use cookies on our website to give you the most relevant experience by remembering your preferences and repeat visits. By clicking “Accept All”, you consent to the use of ALL the cookies. However, you may visit "Cookie Settings" to provide a controlled consent.
Cookie SettingsAccept All
Manage consent