Opinions expressed by Entrepreneur contributors are their own.

After a tumultuous 18 months following the emergence of the Covid-19 pandemic, as much as 77 percent of private equity fund managers now expect the volume of cross-border deal flow to make a full return to pre-pandemic levels by the end of 2022 — owing in no small part to the emergence of new fintech services and an end to travel restrictions. 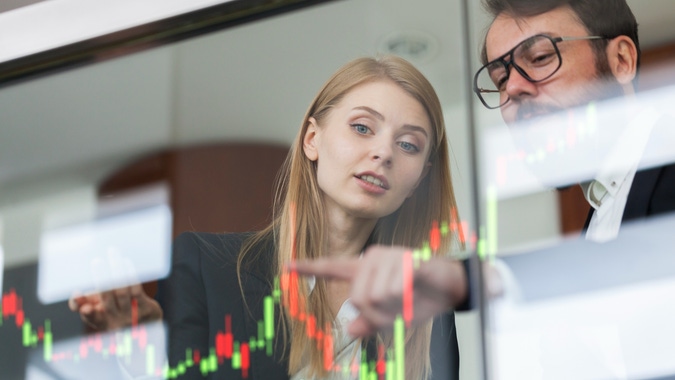 A recent study, called “Recovery to Rediscovery: Capitalising on a Changed Private Equity Landscape” — commissioned by Auxadi, a market leader in terms of accounting, tax and payroll services — was based on interviews with 100 senior-level private equity investors based in the UK, continental Europe and North America. Of those interviewed, 37 percent claimed to expect deal flow to normalize before the end of 2021, with 40 percent claiming to expect it to happen in 2022 instead. Interestingly, optimism was highest in Europe, with 44 percent of UK-based respondents believing that normalization will take place sooner rather than later, with this figure falling to 34 percent for the rest of the continent. In the U.S., 33 percent of respondents shared this optimism for a swift return to “normality.”

As data shows, the source of such optimism may be down to the UK’s leading position in terms of fintech funding rounds, with European nations such as Germany, Sweden, and France also investing heavily in financial technology.

Europe’s expectations for a swift return to pre-pandemic cross-border deal flow may have also been bolstered by the announcement that the EU has chosen IOTA to power the European Blockchain Services Infrastructure.

The ESBI was founded in 2019 with the intention of developing a blockchain network spanning across the European Union as a means of utilizing distributed ledger technology at both business level, governmental level and consumer level to leverage cross-border financial services.

It appears that the future of finance will be built on the power and proficiency of fintech and its ability to leverage seamless cross-border transactions. While IOTA has taken on a leading role in bringing blockchain to Europe, it only represents the start of a wider fintech revolution that’s set to change the business outlook for Europe significantly in the coming years.

Bridging the gap between the dollar and local currencies.

With a significant portion of the world’s trade being conducted in U.S. dollars, this can pose significant problems for businesses based in nations with a dollar shortage when it comes to making payments across borders. However, fintech software is helping to bridge the gap between the dollar and local currencies.

Recently, the Taipei-based blockchain startup, XREX secured $17 million in a pre-Series A funding round that was oversubscribed by 200 percent. The fintech was launched as a means of leveraging cross-border business in emerging markets to perform faster transactions with products like a payment escrow service and a crypto-fiat exchange platform.

“Some investors have been eyeing emerging markets as the next global growth hubs and are eager to partner up with companies that are well-versed in the local financial markets,” said XREX CEO and founder, Wayne Huang. “Although they have portfolios that leverage blockchain to facilitate inter-bank, cross-border settlement, there’s been very few fintech companies that provide solutions for emerging market SMEs.”

This may open the door for more businesses in the U.S. and Europe alike to partner up with endeavours from emerging nations in a more practical manner, which can help to drive the economic recovery process and paves the way for further future innovations.

Another example is Wise, a UK-based fintech that was recently listed on the London Stock Exchange is developing an FCA-regulated multi-currency wallet — which has already attracted around 10 million users. The company promises the transfer of money or spend abroad 6x cheaper than traditional banks.

Although the pandemic has been a time of significant financial turmoil globally, it’s also presented opportunities in the field of e-commerce, and cross-border consumerism has grown significantly over the past 18 months — with both B2B and B2C firms alike enjoying the benefits of digital transformation.

The pandemic has prompted a wave of digital acceptance from merchants and customers, with strong cross-border trade helping to keep businesses afloat despite having to temporarily close brick and mortar stores. In the UK, some 57 percent year-on-year outbound trade occurred in 2020, with sales in November 2020 outstripping the same month in 2019 by 42 percent, according to data from Global-e.

In Europe, the EU has developed the European Payments Initiative (EPI) as a means of developing and deploying an infrastructure to build on the rise of cross-border e-commerce through the development of a pan-European payment solution.

This means that services like digital wallets, instant payments and buy-now-pay-later solutions could co-exist across borders over the coming years.

Once the EPI rolls out a functional fintech-based solution, it has the potential to give merchants and consumers alike a wide range of payment choices. Such options will invariably tie together digital wallets, peer-to-peer payments, cards and an Instant Payment/SEPA Instant Credit Transfer as part of its suite of services — all tied together within a comprehensive app.

The emergence of the Covid-19 pandemic has undoubtedly carried a significant impact on European business, but it’s also opened the door to emerging fintech platforms and digital transformation to help accelerate a return to normal. Through this embracing of new technology, business across Europe and beyond could be set for a bright, efficient, and borderless future.

Healthy fitness
We use cookies on our website to give you the most relevant experience by remembering your preferences and repeat visits. By clicking “Accept All”, you consent to the use of ALL the cookies. However, you may visit "Cookie Settings" to provide a controlled consent.
Cookie SettingsAccept All
Manage consent