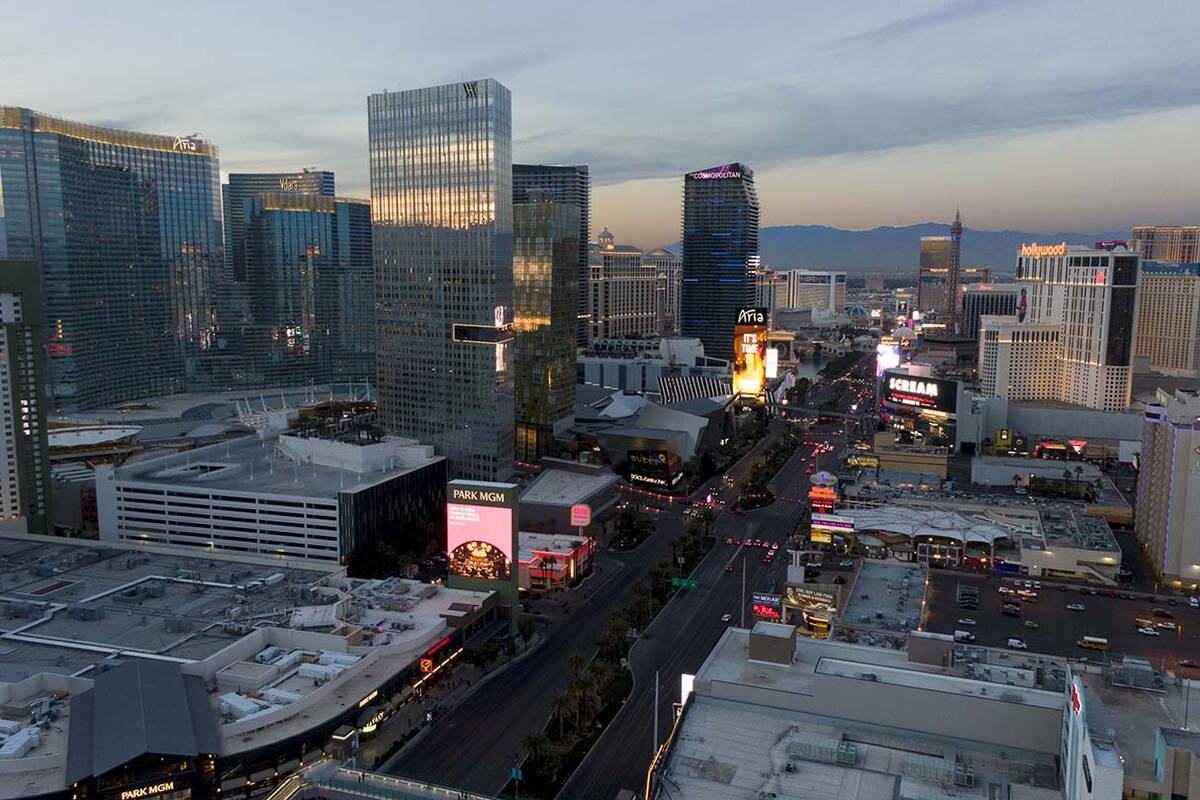 The change ensured property owners could use a range of entities when shifting real estate to an affiliate to exempt these transactions from transfer taxes.

Since then, the exemption has been cited in several lucrative deals on or near the Strip — and an attorney who lobbied for the change indicated recently that this trend wasn’t the intent of the legislation.

Overall, at least two dozen or so transactions in the Las Vegas area, totaling $27.5 billion, have closed since 2007 without any publicly reported real estate transfer taxes, the Review-Journal found. Each of these deals were between separate buyers and sellers and involved hotel-casinos, malls and other properties mostly on or near Las Vegas’ famed casino corridor.

However, in about half of the deals tracked for this report, deeds filed with Clark County cited a transfer tax exemption allowed under state law when property owners transfer real estate from one entity to its parent, subsidiary or affiliate.

Instead, property records show, their combined transfer tax bill came to nothing.

In Southern Nevada, transfer taxes comprise a fraction of a property’s sales price and help fund low-income housing and the Clark County School District. The tax has been around for decades in Nevada, as have exemptions to it.

Nevada’s transfer tax law was approved in 1967, state records indicate, and did not apply under multiple scenarios, including when a property was transferred to a government agency or when it changed hands as part of a bankruptcy.

By 1985, property owners could seek an exemption when transferring real estate between a corporation and an affiliated corporation. Then, in 2007, state lawmakers changed that exemption’s language by swapping “corporation” for “business entity.”

At the time, a lobbyist for a Las Vegas developer did not pitch this as a way to help people avoid transfer taxes in lucrative purchases, but as a way for real estate investors to avoid being taxed more than once in certain land deals.

Russell Rowe, representing Focus Property Group, told state lawmakers at a March 2007 hearing that, as he saw it, the exemption in question “applies to all entities,” according to meeting minutes.

“We want to make that clarification,” he said at the time.

During the mid-2000s real estate bubble, Focus and other developers bought huge tracts of land at auction from the federal government for hundreds of millions of dollars to launch new master-planned communities around the Las Vegas Valley.

In such deals, investors pool their money and buy the land through a limited liability company and then distribute the land among each other, Rowe told lawmakers.

The main entity pays transfer tax on the purchase and is “potentially taxed again” when it transfers the land to its members, he said.

When the measure, Senate Bill 154, was working its way through committees, then-Senate Minority Leader Dina Titus said a version of the proposal would not cost the state much “in terms of lost revenue and is probably a good idea,” meeting minutes show.

“It would be strange for this committee to give developers a tax break and not senior citizens,” Titus said, pointing to another proposed law at the time.

Titus, a Democrat, now represents Nevada’s 1st Congressional District in the U.S. House of Representatives. Her office told the Review-Journal recently that the transfer tax legislation was one of many bills she voted on during her time in the state Legislature, that she wasn’t a leader on the issue, and that she doesn’t have any other recollections to add.

Rowe, of Rowe Law Group, told the Review-Journal recently that the overall intent of the change was to prevent additional transfer taxes when the same people who bought land distributed the parcels among each other.

“That’s different from what sounds like you’re describing,” he said.

Rowe also noted that the law was changed before real estate investment trusts became prevalent in the casino industry.

To avoid it, the property is sometimes transferred to a corporate or partnership entity, and when ownership in that entity is sold, the transfer tax does not apply.

As states “became aware of this legal loophole to avoid the payment of the transfer tax,” they taxed sales of ownership interests in such entities, she wrote.

Unck listed several states that either impose or allow such taxes, including California, Michigan, New York and Florida. Nevada was not included.

After the Review-Journal asked to speak with Unck for this story, CBRE spokesman Aaron Richardson said the firm declined to comment.

He added that CBRE’s valuation and advisory services team “is not involved in structuring deals to minimize the transfer tax; we assist clients in obtaining refunds if the tax has been overpaid.”

After the Review-Journal outlined to her how investment giant Blackstone purchased the Bellagio — it acquired a limited liability company that held the real estate, and it did not buy the resort directly — Kasama compared that to buying stock in a company and figured it qualifies for a transfer tax exemption.

Kasama, a Republican and former president of trade association Nevada Realtors, said if the law is changed, there could be “unintended consequences” with the sale of goods.

She pointed to all the LLCs, corporations and business entities in place and years of existing contract law.

Chris Giunchigliani, a former Clark County commissioner who was a Nevada assemblywoman from the 1991 through 2005 legislative sessions, wasn’t aware that deals were structured this way until the Review-Journal contacted her to ask about it.

“That’s just disgusting to me,” said Giunchigliani, a Democrat.

Giunchigliani noted that people pay transfer taxes when buying or selling homes, and she figured that companies might have “found a way around” the tax.

“Somebody needs to take a look at that,” she said.