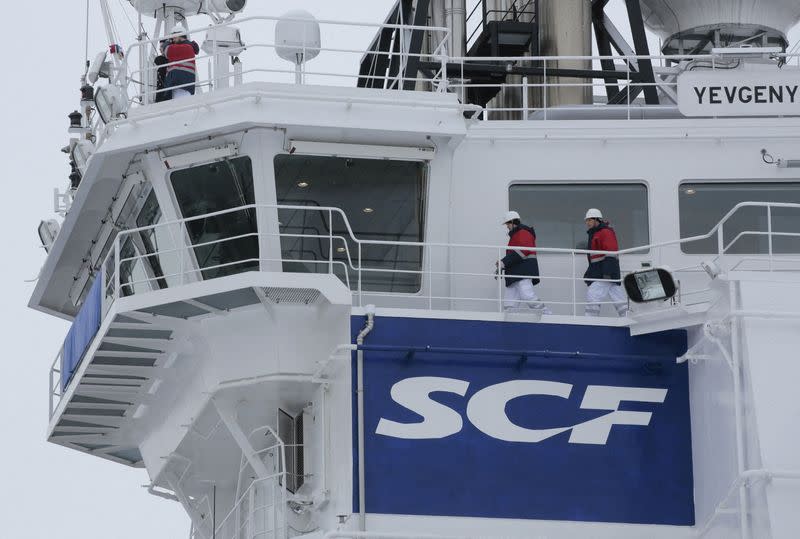 Russia’s maritime sector is seeing the wind down of multiple services, including ship certification by leading foreign providers – vital for accessing ports and securing insurance – shipping companies pulling out and ship engine makers suspending training on their equipment after Moscow’s invasion of Ukraine.

P&I insurer West said in a statement: “In line with the applicable sanctions regimes, West has served 30 days’ notice of cancellation to Sovcomflot and cover will cease on 4 May 2022.”

Sovcomflot (SCF) said when contacted that all of its vessels were “insured according to industry standards and requirements of international conventions”.

UK Club, another P&I provider, said in order to comply with UK and EU sanctions it had “issued 30 day notices of termination to Sovcomflot in respect of their entered ships in early April”.

SCF, which has one of the world’s most modern fleets of oil tankers and gas carriers, has been hit by separate sanctions by the UK and Canada, while the United States has restricted it from raising capital in its financial markets.

The European Union has listed SCF among Russian state-owned companies with which it was “prohibited to directly or indirectly engage in any transaction” after a wind down period ends on May 15.

It was unclear what insurance cover SCF had secured. Dozens of its vessels had been insured previously by players such as West, UK Club and North, shipping records showed.

Ship insurance sources said while Russian insurance cover for instance would be acceptable, payment issues due to financial sanctions imposed on Moscow could create difficulties for SCF tankers at sea.

SCF ships, which had previously been covered by Norway’s Gard, were no longer entered on the company’s website.

Gard said it complied with all relevant sanctions and did not comment on individual clients, but communicated “directly with those affected by the situation”.

Mike Salthouse, a senior club manager with another leading P&I insurer North, said it had “gone down a contractual termination route notice for which has now expired so that there are no Sovcomflot vessels currently entered”.

“The majority or indeed all of the clubs involved would in all probability not have felt able to continue business beyond May 15 when the wind down periods end and EU and UK bans on providing insurance to Sovcomflot take effect,” he told Reuters.

“The act of terminating an entry such as Sovcomflot is made more complicated because of the different legislative approach adopted by different jurisdictions. Clubs and other insurers will have had to spend time resolving any inconsistencies in a manner that does not disadvantage existing third party claimants.”