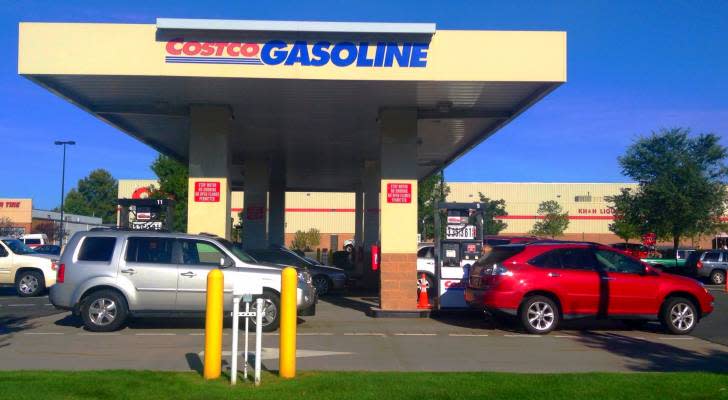 Proving once and for all you can find everything at Costco, the big-box retailer offers exclusive auto insurance to its loyal members.

The company promises a range of discounts and benefits, potentially saving drivers hundreds of dollars a year.

But even though Costco can be trusted to provide great deals on everything from printer paper to produce, it’s fair to ask whether a discount club is the best place to buy such critical protection.

For some club members, Costco car insurance could really be the most affordable option out there — but they may end up paying in other ways.

What is Costco car insurance?

Costco members in most states can lock in discounted auto insurance policies through the big-box store. The key word here is through.

Costco doesn’t issue insurance policies directly. Instead, the policies are underwritten by American Family Insurance under the brand name CONNECT.

Quotes are available through Costco’s website or over the phone.

And it appears plenty of people are taking the company up on those quotes. Costco says more than 400,000 of its members have switched over their auto insurance to CONNECT.

Although Costco markets the product as a less expensive alternative, CONNECT still offers the standard coverage options drivers would expect from their insurance company.

That includes liability, collision and comprehensive coverage as well as medical coverage and personal injury protection.

Upfront, Costco members get a discount “simply for [their] affinity to Costco” — though the size of that discount isn’t mentioned.

And like other insurers, CONNECT offers a range of auto insurance discounts for things like safe driving; taking a driver’s ed course; installing safety features like anti-theft devices and airbags; parking overnight in a garage; being a good student; insuring multiple cars or bundling with home or umbrella insurance and being a long-term customer.

The biggest selling point to this insurance product is its affordability.

Costco boasts its members have saved an average of $583.60 in the first year they switched to CONNECT. And a few independent surveys back up the notion that it’s generally cheaper than the big nationwide insurance companies.

However, it’s important to note (as Costco does in the fine print on its site) that not everyone will see such savings. Some won’t see any savings at all.

When it comes to insurance, how much each policyholder pays depends on a huge assortment of factors, including their credit score, marital status, education level and ZIP code. And each company weighs those factors differently.

That being said, most customers who’ve stuck with the company seem happy with the coverage and pricing of CONNECT policies. Costco says nearly nine out of 10 members renew their policy, citing a 2021 survey.

And you shouldn’t have to worry about the company’s ability to pay your claim. It has an “A” rating from the credit agency A.M. Best, meaning it’s financially strong, stable and its operating performance is sound.

The cons of Costco car insurance

Even if the price puts a smile on your face, the difficulty of making a claim could leave you snarling.

The National Association of Insurance Commissioners, which helps regulate the industry and protect consumers, maintains a customer service index based on the number of complaints a company receives for its size.

The baseline is 1.0, so a company with a 2.0 rating received double the number of complaints you might expect.

In 2020, American Family CONNECT Insurance Company got a 6.31 rating from the NAIC, meaning it received more than six times the average number of complaints for an insurer its size. Last year, that improved to a 2.15 rating.

Meanwhile, the related American Family CONNECT Property and Casualty Insurance Company received ratings of 3.0 and above.

On top of that, American Family does insurance the old-fashioned way — meaning it doesn’t offer users an app to file claims or reach customer support. Although you can report certain losses online, generally you’ll have to initiate the claims process over the phone.

Even if that sounds like an acceptable trade off, you might not be able to take advantage.

CONNECT says it doesn’t do business in Alaska, Louisiana, North Dakota, Wyoming, Maine or Rhode Island. Costco adds that insurance products cannot be “obtained” through the company in New York. And drivers in Massachusetts must be executive members to get the exclusive Costco discount.

Is Costco car insurance worth it?

If you’re already a Costco executive member, there’s a good chance getting your car insurance through the discount club could provide significant savings.

But if you’re worried about customer service — and adding more complaints to the stack at American Family — it’s worth exploring a few other options. After all, big-box shopping isn’t the only way to get a sizable discount.

For example: Many states allow insurers to use your credit information to assess the risk you pose as a driver. If your credit is less than stellar, consider taking some time to boost your score and see whether that unlocks better rates.

One of the easiest ways to improve your credit score is to deal with any troublesome debt you’re carrying from month to month.

Finally, the most powerful way to reduce your premiums is to simply shop around for better rates. As mentioned earlier, even though insurers look at the same information to come up with a premium, they all use their own calculations.

That’s why the Insurance Information Institute recommends comparing at least three quotes before settling on the right offer for you.

This article provides information only and should not be construed as advice. It is provided without warranty of any kind.