When designer Sandy Liang was scouting storefronts for her first flagship, the only locations she considered were on Manhattan’s Lower East Side.

Liang has a history in the downtown neighbourhood, situated south of the East Village, east of Bowery and bordered by Houston, Allen and Canal streets. Her father owns a restaurant on Allen and her grandparents lived on Rivington street. In the earliest days of her career, she looked to the Lower East Side community — immigrants, old-school Jewish clothing wholesalers, restaurant workers and young transplants — for design cues.

“This neighbourhood is everything,” said Liang. “[It] has changed so much, but also not so much. I feel like I’m finally old enough to be like — ‘I’ve seen it change and I was a part of it.’”

Liang, whose store opened in December, is one of several designers and brands who have turned the Lower East Side — and specifically a few blocks along Orchard Street — into a fashion destination. Over the past few years, up-and-coming designers including LVMH Prize finalists Ekhaus Latta and Bode have opened storefronts in the area and nearby Chinatown, as have even newer names, including Kickznasion, a retail concept founded by two sneaker-reselling teens from Queens. 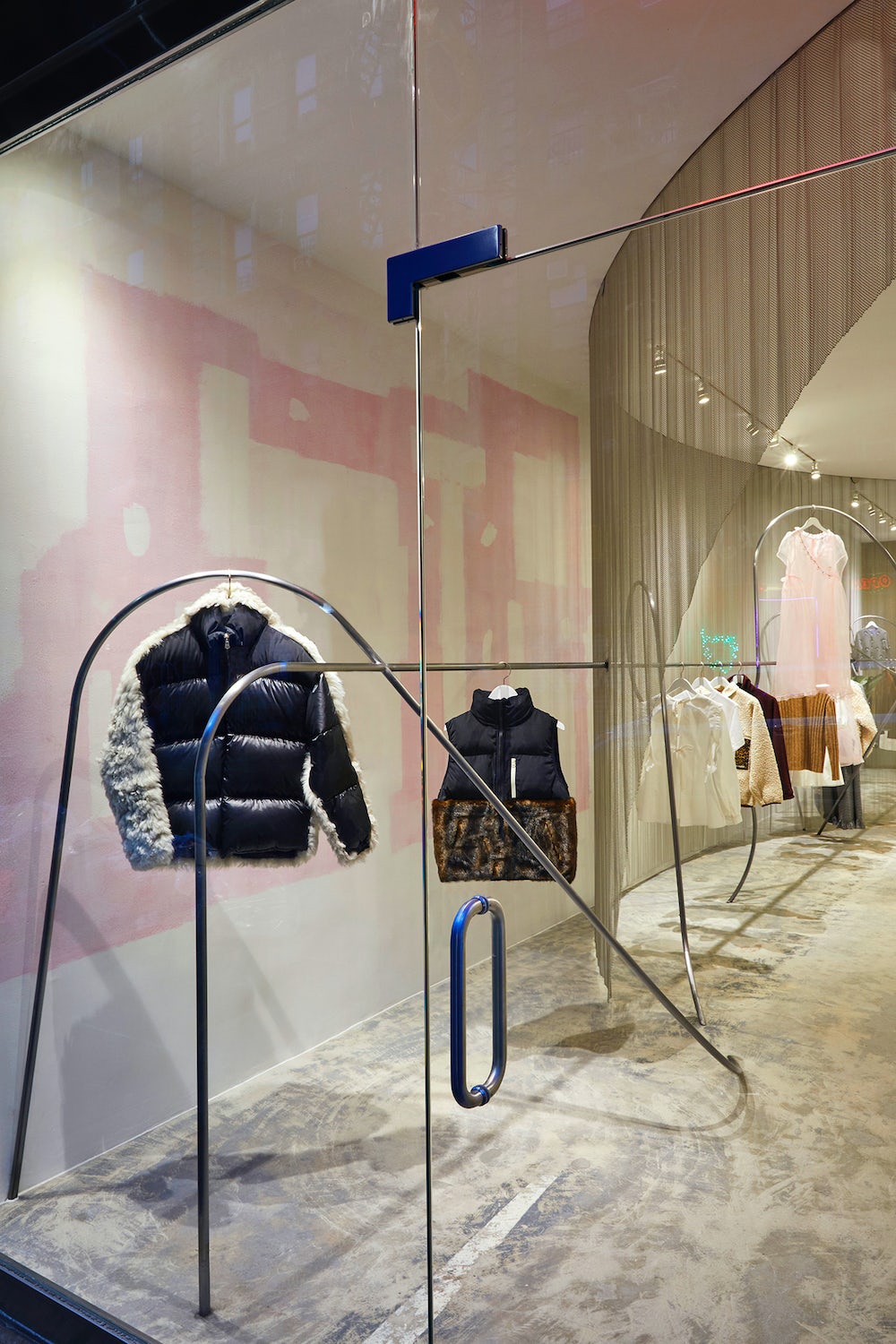 This isn’t the neighbourhood’s first spin as a retail hub: waves of immigrant families have called the blocks home since the 19th century. The LES overlaps with Chinatown and was an epicentre for Jewish retailers and restaurants for generations.

In the late 1990s and early 2000s, it played host to some of New York retail’s most iconic fashion concept stores, like the now-shuttered Alife, a hot spot for New York streetwear culture, and Seven, an anti-establishment clothing store. Designer Maryam Nassir Zadeh, film and fashion-focused streetwear store Extra Butter, and cult leather goods store The Cast have called it home for over a decade. Concepts like Chop Suey Club, a gallery and boutique that sells products from Chinese creatives with the mission of fighting xenophobia and cultural bias, and hand-painted jacket and vintage dealer Askan, as well as Proenza Schouler and Alexander McQueen alum Daniella Kallmeyer, have trickled in over the past few years. Denim brand Self Edge, Reformation, minimalist store The Frankie Shop, and Japanese clothing brand Snidel also maintain storefronts in the area.

Today’s wave of retail activity in the area was furthered by the pandemic. Facing a tougher market, retail landlords became more flexible, while lower residential rents brought more young, stylish people to the neighbourhood. That’s created the ideal conditions for designers and retailers hoping to draw a community of like-minded shoppers to their stores, rather than simply maximising sales per square foot.

“This is New York City, this is some of the highest rent in the world,” said Scott Slevin, owner of Laams, which he describes as a brand incubator, storefront, tattoo shop, publishing company, screenprinting business and art gallery. “It’s not going to work if you just have a square selling hoodies and hats.”

Selvin fashioned Laams as a community centre, based on his affinity for Alife in the early 2000s. He wanted to make Laams a place people engage with even if they’re not there to shop. He chose the three-story storefront Laams now occupies because it could serve as an event space, constantly-changing art exhibits and new retail displays, like its recently added “Femme Boutique” upstairs. 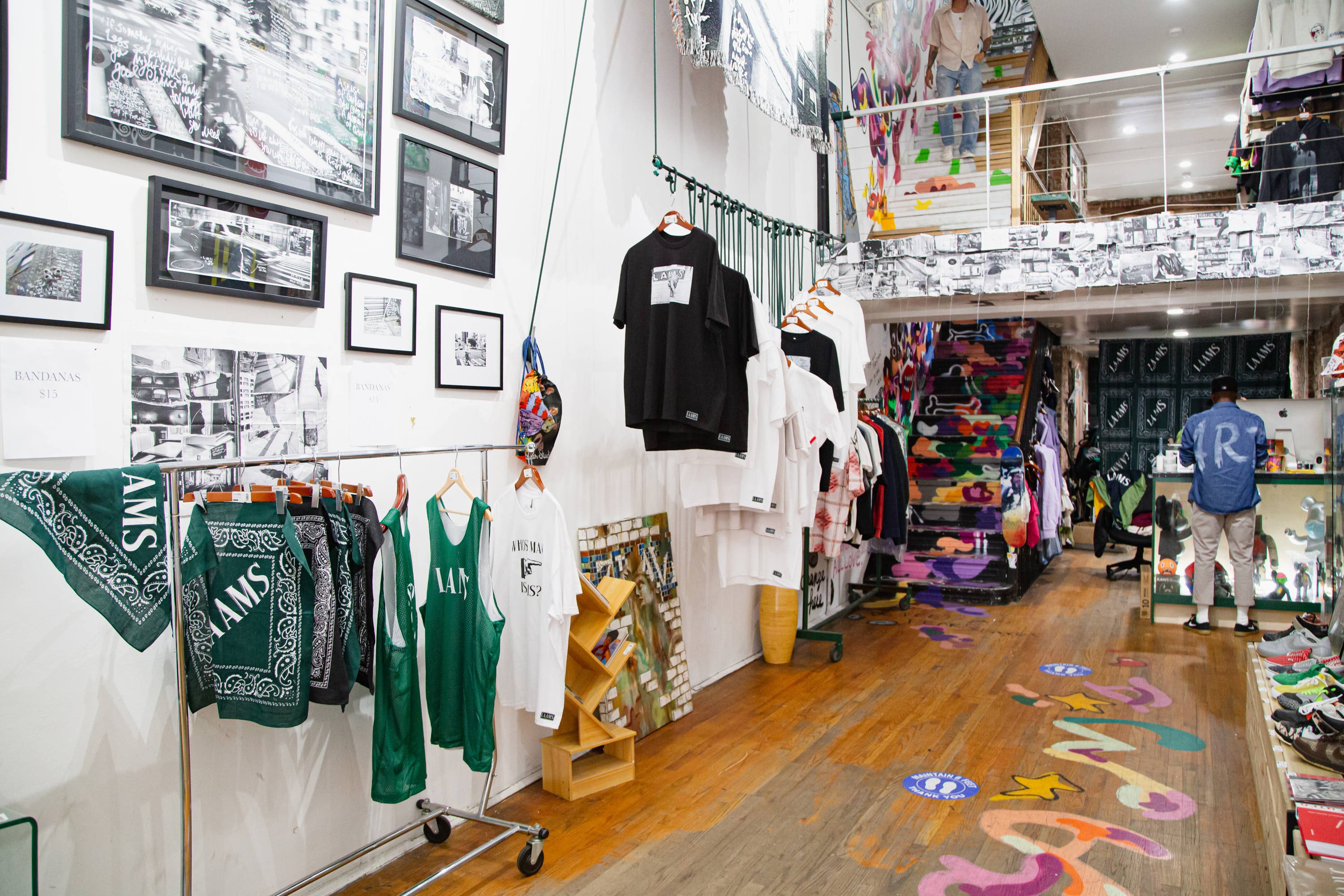 Unlike some of the city’s better-known shopping districts, which are dominated by major retailers with locations across the country, shoppers in the LES are often hoping to find pieces unavailable anywhere else.

Laams only offers a limited portion of their inventory online. The boutique Café Forgot, which opened on nearby Ludlow Street in June, carries pieces from lesser-known designers and artists. It lets them sit in-store for a week before putting them online, meaning some items don’t ever see the site.

“It’s important that it’s not only online because of the nature of the clothes. A lot of them are one-of-a-kind, handmade and there’s often a story behind each garment,” said co-founder Lucy Weisner. Outside of Foo and Foo’s pop-up. Bill Taylor.

The majority of these new retailers populating the Lower East Side are catering to a similar consumer — young, stylish and creative. Rather than competing head-on for the same customers, the wide variety of stores contribute to making the area more of a “destination,” said Liang. When visitors tag her store on Instagram, she often sees they’ve visited every other spot on the block.

The pandemic ushered in an era of “creativity in leasing,” making it possible for new types of retailers to flourish, said Corey Shuster, a commercial real estate broker at Douglas Elliman. Rather than offering the standard 10-year lease, landlords are offering to take a percentage of sales or reducing rent at the start.

“There is no standard right now,” said Shuster. “Every deal is different, every structure is different.”

It’s not just the lower rents drawing brands to the LES. Many could afford to set up shop in nearby SoHo, where the sidewalks are crowded with wealthy shoppers. But they see the cheaper, cooler neighbourhood as the smart choice.

Elizabeth Hilfiger, daughter of Tommy and the designer behind Foo and Foo, has hosted an LES-located pop-up four times in part because the people who frequent the neighbourhood are “on brand” for her streetwear label. Foo and Foo also sees a 20 to 30 percent increase in web and social traffic coinciding with every pop-up it hosts, according to Dianne Galindo, director of operations. 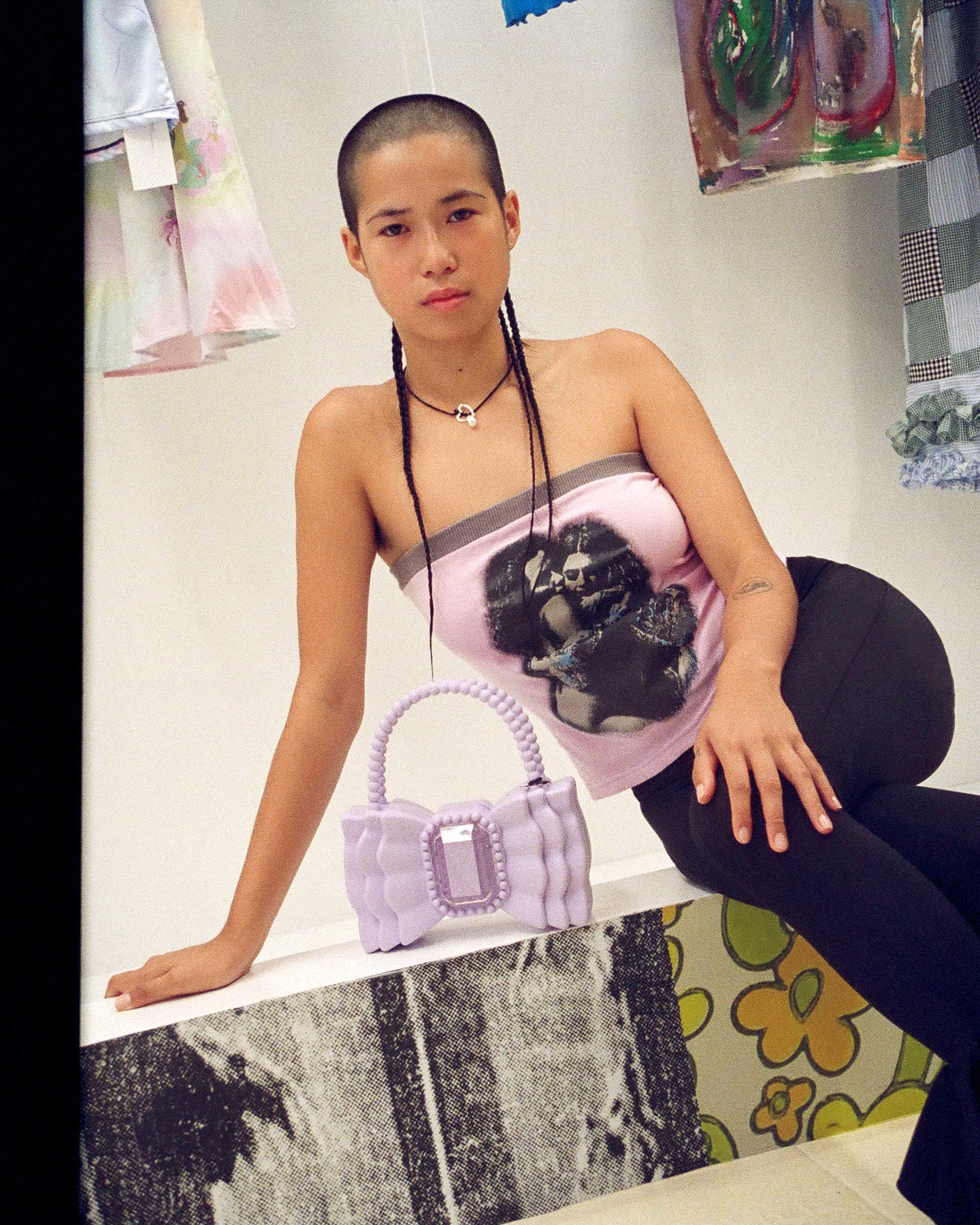 SoHo once had a similar reputation, but its popularity eventually attracted more mainstream brands. The same could happen to Orchard Street. The neighbourhood’s share of white and higher-income residents has grown steadily over the last two decades. In the past five years, both Trader Joe’s and Target opened LES locations.

Sam Coppel, a UX designer and model who moved to nearby Chinatown during the pandemic, said his rent was just raised $400 a month. He said brands should think twice about their decision to set up shop in the area and if they do, they need to be conscious of its history and community.

“Honesty is the best policy … oftentimes brands can hide behind these sort of empty community initiatives in order to cover themselves for when they may face criticism over their role in gentrification,” said Coppel. “I would say that anyone moving here better be patronising the small Chinese businesses that dot the area, because there are many.”

Will the Brick-and-Mortar Boom Last?

How Designers Build Big Businesses Out of Old Fabric