While the past two years were challenging times for most businesses around the world, it was a fantastic period for fintech. The pandemic accelerated megatrends like e-commerce, online banking, and cashless transactions, and the companies that were able to establish or expand their market leadership, like Square and Upstart Holdings, have delivered huge returns to investors.

Investors have good reason to love fintech companies. They’re not only driving economic empowerment but also disrupting a huge market. On the flip side, that grand mission demands massive growth investments. This explains why most companies in the segment are unprofitable or barely profitable.

But every once in a while, you come across a fintech player that’s not just growing rapidly but also thriving on the bottom line. 360 DigiTech (NASDAQ:QFIN) is one of these companies. But is it a buy now? Let’s delve further into this opportunity, and the risks involved. 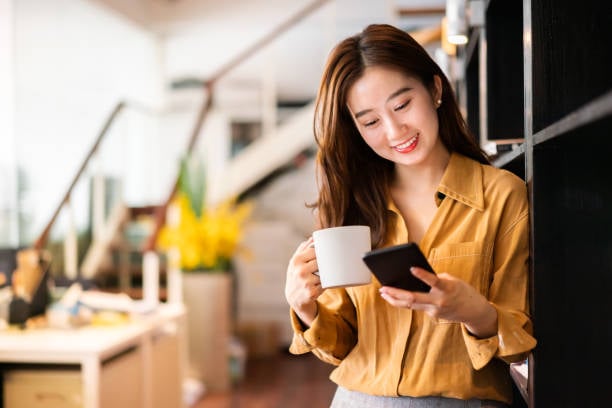 A quick introduction to 360 Digitech

Founded five years ago, 360 DigiTech is a fintech operating in China’s consumer financing industry, which is worth roughly 15 trillion yuan (more than $2 trillion) by some estimates. It targets consumers who are underserved by traditional lenders, screening them and connecting them with its partners in the financial industry. In return, 360 earns a fee for every successful match.

Most of 360 DigiTech’s customers are young borrowers with established credit histories. For instance, 61% of them already have credit cards. Access to credit history data means the company can better assess those customers’ creditworthiness and risk profiles. This, in turn, allows it to offer more personalized credit terms, improving the customer experience.

Moreover, the company has leveraged tech solutions such as big data analytics to automate most of its operations, including customer acquisition and risk management. As a result, it is reaching its target demographic far more efficiently than its traditional peers.

By the end of 2020, 360 DigiTech had amassed an active user base of 31 million. These users had an average credit line of 10,431 yuan (roughly $1,600) and an average loan tenure of 9.72 months. As borrowers repay their borrowings (mainly personal loans) in less than 10 monthly installments, the fintech can quickly recoup its capital and keep the risk of loan default at a low level (the delinquency rate for 2020 was 1.5%).

A strong track record of execution

360 DigiTech’s short operational track record makes it harder for investors to gauge whether it will be able to keep executing over the long run. But so far, it appears this company knows what it’s doing.

Over the past few years, 360 DigiTech’s revenue grew more than threefold — from 4.4 billion yuan in 2018 to 13.6 billion yuan (approximately $2 billion) in 2020. During this period, net income surged 192% to 3.5 billion yuan (roughly $540 million). That’s impressive, especially when you consider that most young, high-growth companies are focused on metrics other than short-term profitability.

Besides, 360 DigiTech has also demonstrated its ability to execute even during challenging times, reporting robust top-and bottom-line growth in 2020. Not only did it ramp up loan originations during the pandemic’s first year, but it also did so profitably. This can be attributed to its low-risk approach — focusing on high-quality borrowers, diversifying its credit portfolio, and maintaining short loan tenures — a short long tenure means a recovery of loan capital from borrowers.

Risks you should know

There are many good reasons to like 360 DigiTech. But there are some crucial risks that investors need to be aware of, too.

For one, it operates in China, and while that nation has given birth to titanic fintech success stories like Alibaba‘s Ant Group, there have been plenty of regulatory changes there over the past few years. Just this month, a Chinese regulator ordered Ant Group to split its payment and lending businesses.

So far, 360 DigiTech has been able to keep thriving. But a tighter regulatory environment could still impact its business model. For example, the regulators might set capital requirements for loan facilitators like 360 Finance, categorizing it as a consumer financing company as oppose to a fintech. If that happens, it would likely impact 360’s growth rate and long-term profitability. This might also explain the fintech’s low valuation — price to earnings ratio (PE) of 4 times — when the other Chinese tech companies with similar growth profiles are trading at double digits PE ratios.

Beyond the fintech industry, Chinese regulators have also tightened their grip on Chinese companies in general. Over the past year, those regulators have announced probe after probe into major tech companies including DiDi Global, Tencent, and Alibaba. So far, the regulators have yet to find faults with 360 DigiTech, since it’s not one of the major technology companies, but that could change if the government extends its probe into smaller companies. Moreover, as long as China continues its relentless clampdown on various industries, most investors will be wary about buying Chinese stocks.

Overall, there are plenty of reasons to like 360 Digitech thanks to its strong execution and the good prospects ahead.

On the downside, the company is operating in a young industry that’s subject to regulatory changes in the near term. Chinese regulators’ recent probes into technology companies have just added another layer of risk.

With all this in mind, investors should think twice before investing in 360 Digitech. For those who can stomach these risks (and the potential volatility in the stock price), 360 is a bargain. As for the rest, it might be best to stay away from the stock until there’s clear evidence that the Chinese regulators are completely comfortable with the fintech’s business model.

CORRECTION: The original version of this report should have described Upstart as profitable.

Gadget
We use cookies on our website to give you the most relevant experience by remembering your preferences and repeat visits. By clicking “Accept All”, you consent to the use of ALL the cookies. However, you may visit "Cookie Settings" to provide a controlled consent.
Cookie SettingsAccept All
Manage consent