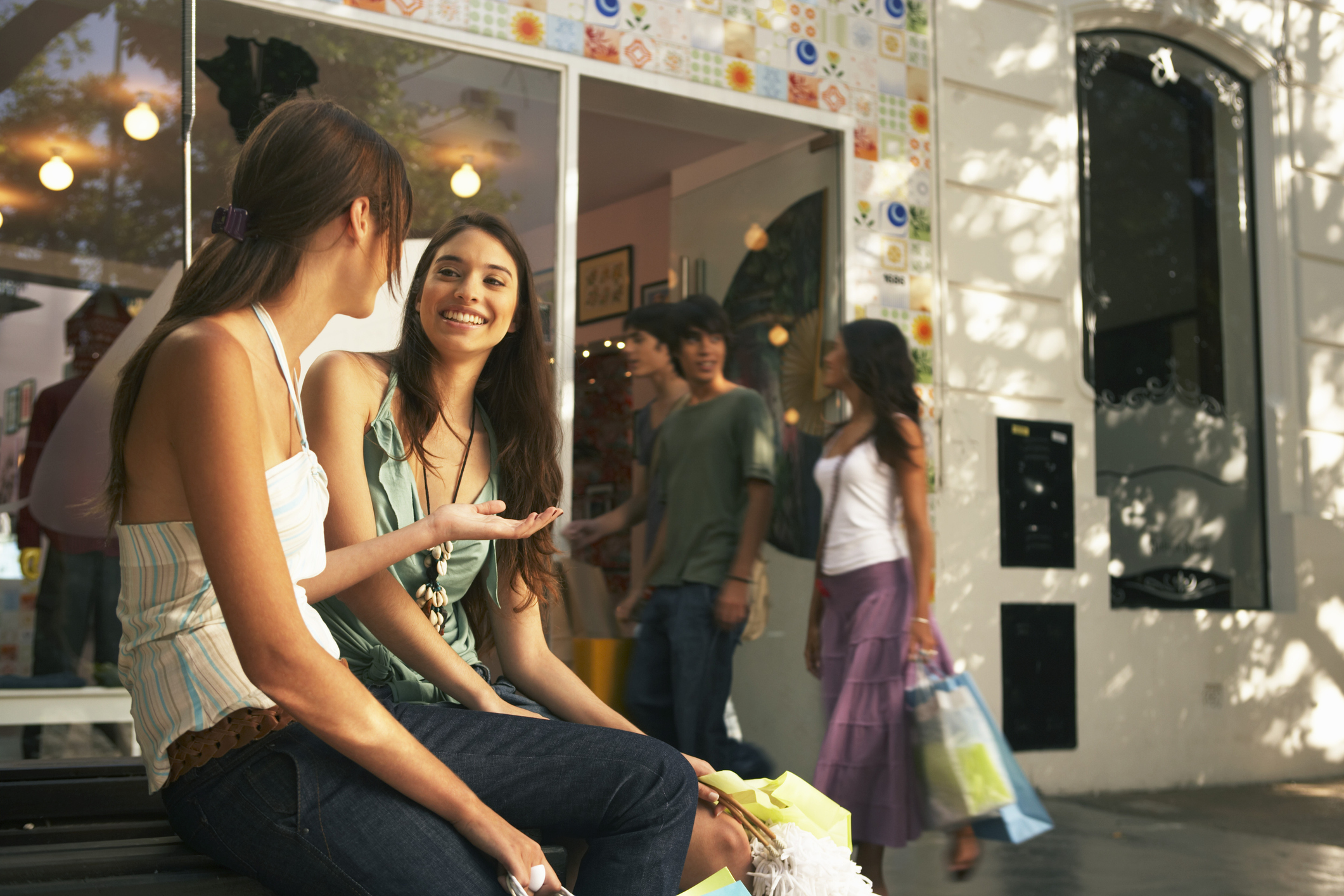 When investors think of e-commerce stocks, they typically think of companies like Amazon, Etsy, or eBay, companies that started out as online retailers. But increasingly, brick-and-mortar retailers are grabbing larger shares of the e-commerce pie, reinventing themselves to serve online shoppers and leveraging their stores for fast shipping and easy pickups and returns.

Despite this trend, the market doesn’t seem to be giving any credit — in the form of higher valuations — to brick-and-mortar retailers that have thriving e-commerce operations. Keep reading to see three bargain-priced stocks that the market is mispricing. 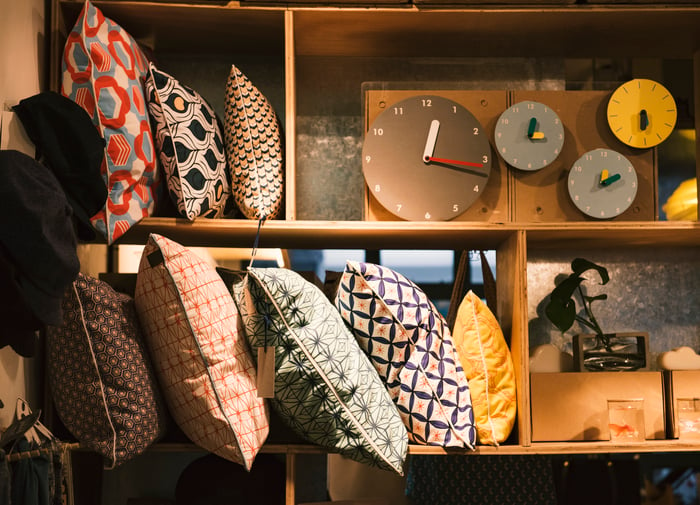 Williams-Sonoma (NYSE:WSM) may be best-known as a purveyor of upscale kitchen items and home goods, but the company also owns West Elm and Pottery Barn, making it one of the biggest pure-play home goods retailers in the country.

Williams-Sonoma has close to 600 stores across the country, but the company invested steadily in its omnichannel model and now sees itself as a digital-first business. The numbers back that up. In the third quarter, even as the economy had largely reopened, the company said that 67% of its revenue came from e-commerce. And unlike online-only rivals like Wayfair, Williams-Sonoma is also highly profitable. For 2021, the company estimates that it will report an adjusted operating margin of 17%.

With the tailwinds from remote work and higher housing prices, Williams-Sonoma should continue to benefit from increased spending on home furnishings — and it competes at a price point where customers aren’t very price-sensitive. That should help it deliver wide profit margins.

Despite those strengths, the stock is trading at a price-to-earnings (P/E) ratio of just 12, a dirt-cheap valuation for a well-reputed retailer doing two-thirds of its sales online and has a solid growth path ahead. 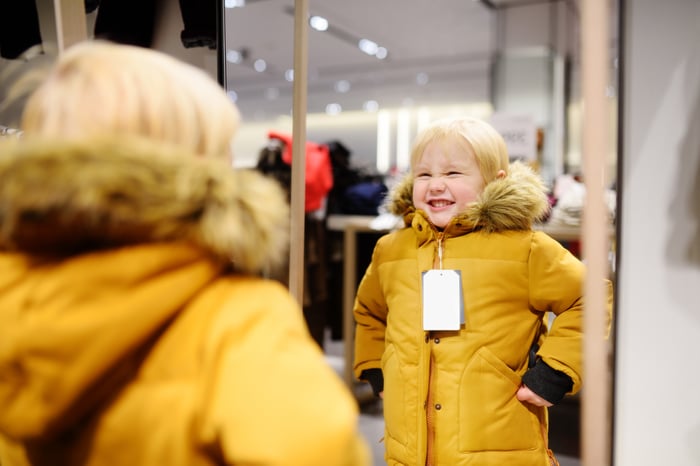 Children’s Place (NASDAQ:PLCE) is the largest pure-play children’s apparel retailer in the country — and like Williams-Sonoma, the company is rebalancing its business to focus on e-commerce. It began a store rationalization program in 2013 and has steadily reduced its store count from around 1,200 to about 700 after accelerating store closures during the pandemic.

Despite that reduction in its store fleet, the company’s sales have continued to grow, posting record results for every major category in its latest reporting period. In the third quarter, the company said 45% of sales came through its digital channel and that 71% of those digital sales came through a mobile device. Over the long term, it’s targeting a digital penetration of 50%, which the company says is its most profitable channel.

Children’s Place has also become highly profitable after further streamlining its business during the pandemic. In the third quarter, it posted an operating margin of 20%. Its most profitable quarters are typically in the second half of the year during the back-to-school and holiday seasons, so it may not be that profitable for the full year, but that’s a good representation of how well the business is executing.

Even with strong growth in the e-commerce channel and high margins, the stock trades at a rock-bottom P/E ratio of 7. At that valuation, investors have a wide margin of safety even if profits moderate next year as it laps a banner performance in 2021. 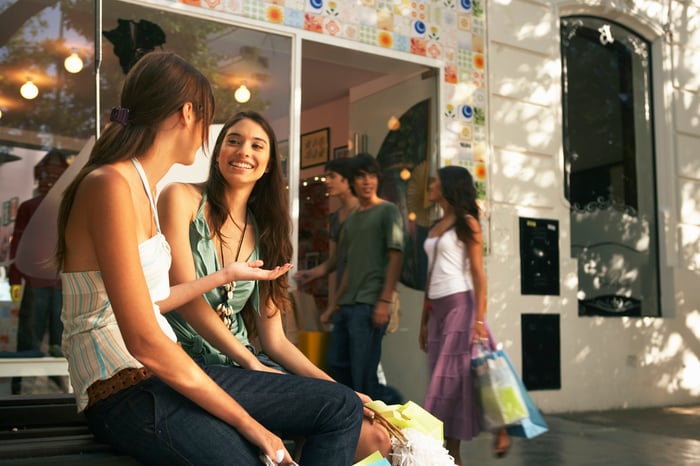 Teen apparel retailer American Eagle Outfitters (NYSE:AEO) has been a strong performer in a difficult sector. While its namesake brand has done well, the real star is Aerie, its intimates brand for teens and young women. Aerie has posted skyrocketing sales growth over the past few years, grabbing market share from Victoria’s Secret.

In last year’s third quarter, Aerie’s revenue grew 28% year over year — and that follows 34% growth in 2020’s third quarter, meaning sales have jumped 72% in a two-year span. That’s come while the apparel industry has faced headwinds from the pandemic. Sales at the American Eagle business have also rebounded in 2021 as stores have reopened. Meanwhile, the company posted strong profits with an operating margin of 16.5%, its best level since 2007.

While increased store traffic has been a part of its growth story this year, so has its success in the digital channel. Through the first three quarters of the year, digital penetration reached 35%, or $1.8 billion in revenue, and the company’s digital profits are up from 2019, showing it’s delivering strong results to the bottom line.

The company also seemed to have had a strong holiday season and has raised its outlook for 2023 operating profit from $550 million to $800 million and sees its operating margin increasing from 10% to 13.5% with the success of Aerie driving much of that growth.

Even with strong execution and the rapid growth of Aerie, American Eagle is valued at a P/E of just 12. That looks like a mistake.