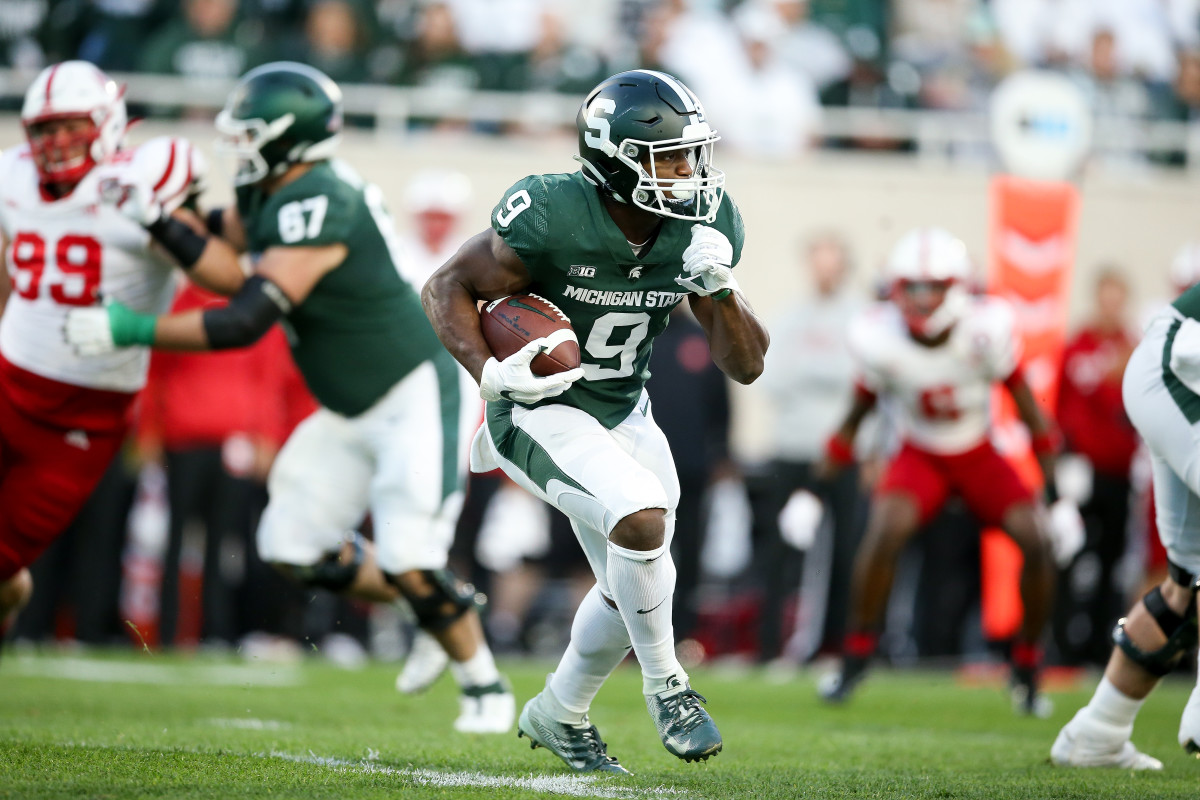 Heading into the draft, running back didn’t necessarily stand out as one of the Seahawks more pressing needs. The team re-signed Rashaad Penny in free agency and even if Chris Carson didn’t bounce back from neck surgery, DeeJay Dallas and Travis Homer remained on the roster.

However, with Seattle known for deploying a balanced offense with more emphasis on the ground game than most NFL teams, Penny being on just a one-year deal, and Carson’s health up in the air at this point, general manager John Schneider threw his annual draft week curveball by using one of the team’s two second round selections to select Michigan State running back Kenneth Walker III with pick No. 41.

After starting his college career at Wake Forest, Walker transferred to Michigan State prior to the 2021 season and erupted as the featured back in a pro-style system. Winning the Doak Walker Award as the nation’s best running back and earning First-Team All-American honors, he rushed for over 1,600 yards and scored 18 touchdowns on the ground, helping the Spartans finish with an 11-2 record.

Built with an athletic 5-foot-9, 211-pound frame, Walker isn’t necessarily a bruising battering ram like Carson who bowls over defenders like a dump truck on a regular basis. However, he breaks and slips through arm tackles in bunches with a powerful set of pistons underneath him and has enough wiggle in space to make defenders come up empty at the second level. Once he finds daylight, he turns on the jets with sub-4.40 speed to go the distance.

Per Sports Info Solutions, the dynamic Walker led the nation with 1,001 rushing yards after contact and broke 85 tackles last season. Interestingly, according to Pro Football Focus, he tied Penny and Colts star Jonathan Taylor for the highest yards after contact average in a season (4.5).

A physical runner with explosive athletic traits, Walker only fumbled twice in his entire college career and does an excellent job of protecting the football. He also proved to be durable, racking up 20 or more carries in six games for the Spartans and staying healthy throughout the course of his lone season as a feature back.

Entering the league, Walker’s pass catching ability remains largely unknown. He only caught 18 passes in his entire college career, but he was reliable when given opportunities to contribute in the passing game and didn’t drop any passes a year ago. To be an every down back, however, he will have to make major strides in pass protection, as he doesn’t consistently step up into the fight to take on oncoming blitzers, often seeming disinterested.

In the immediate future, Walker’s status in the backfield will ride on Carson’s health. If the veteran ball carrier isn’t healthy enough to return to play, and the selection of a back this early suggests the organization isn’t hopeful, the All-Big Ten selection will be the favorite to join forces with Penny and form an exciting one-two punch. Beyond 2022, if he improves in pass protection, he has a great chance to become the team’s new bell cow back in the near future.