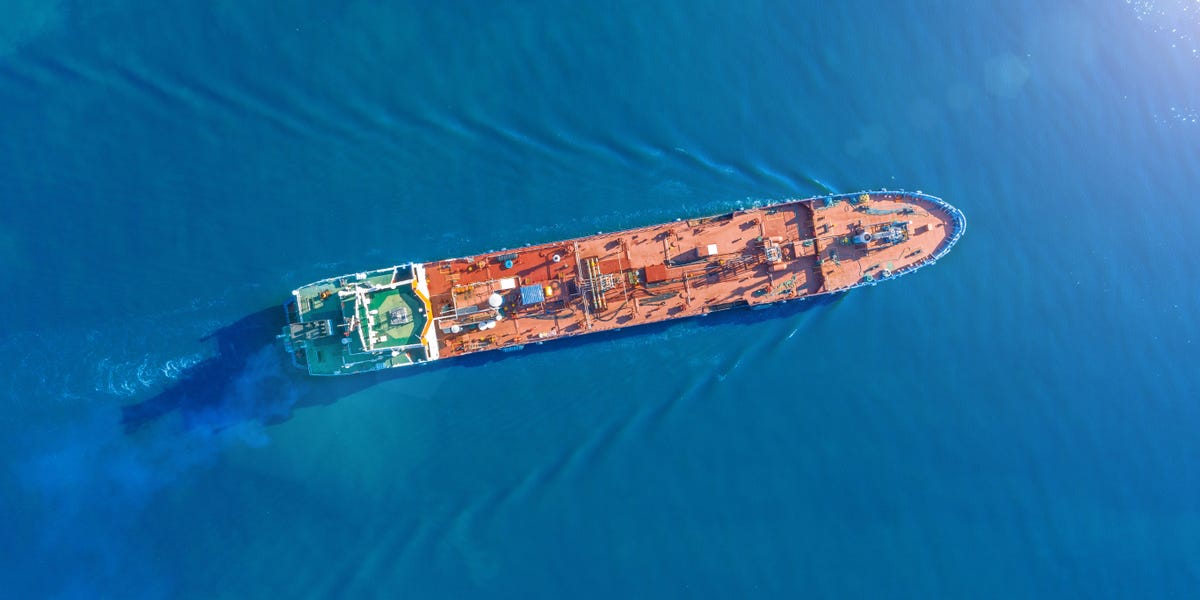 The UK and EU are planning to ban ships carrying Russian oil from getting insurance, according to reports, in what analysts are describing as the biggest blow yet to Moscow’s efforts to fund its war in Ukraine.

Under the agreement, ships carrying Russian oil will not be able to take out insurance at the Lloyd’s of London market, the Financial Times reported Tuesday, citing British and European officials.

The insurance ban is set to be put in place in six months’ time, the Wall Street Journal reported. The European Commission declined to comment, and the UK government did not respond to a request for comment.

Lloyd’s is a global hub for shipping insurance, and analysts said the move could lead to a sharp drop in the transportation and sale of Russian oil. Insurance is vital given the immense value of oil shipments.

The EU banned insurance on Iranian oil as part of a round of sanctions a decade ago, which contributed towards buyers shunning the country’s exports.

“The Western ban on insuring tankers carrying Iranian oil was perhaps the single most effective measure in taking a significant part of the Islamic Republic’s clandestine oil exports off markets,” Sassan Ghahramani of consultancy SGH Macro Advisers said in a note Tuesday.

It comes as part of the EU’s sixth round of sanctions against Russia since President Vladimir Putin’s forces invaded Ukraine in late February.

The 27-member bloc agreed Tuesday on a ban that would slash its imports of Russian oil by 90% by the end of 2022. But a leading economist said the insurance ban is a stronger weapon.

“Only sanctions on maritime insurance, or an EU ban on Greek oil tankers out of Russia, will do that.”

The moves are likely to add pressure to the oil market and increase the economic pain for Western economies already struggling with strong inflation.

Brent crude oil has risen around 50% since the start of this year, due mostly to the Ukraine war and resulting sanctions. It hit $125 a barrel Tuesday after the EU announced its import ban, but cooled to trade at roughly $117 Wednesday.

Despite the tough sanctions already in place, Putin has been able to avoid a major economic crisis, thanks to a sharp rise in energy prices that has sent revenues from oil and gas exports soaring.

Lloyd’s did not directly comment on the reports, but a spokesperson said in a statement: “Lloyd’s supports and remains focused on the delivery of a global sanctions regime against the Russian state, which send an important message that Russia’s invasion of a peaceful country is unacceptable.”

Read more: Demand for natural resources is only going to get stronger: A GMO portfolio manager explains why investors haven’t missed the opportunity to use commodities as an inflation hedge and even to yield extremely strong returns

BUSINESS
We use cookies on our website to give you the most relevant experience by remembering your preferences and repeat visits. By clicking “Accept All”, you consent to the use of ALL the cookies. However, you may visit "Cookie Settings" to provide a controlled consent.
Cookie SettingsAccept All
Manage consent