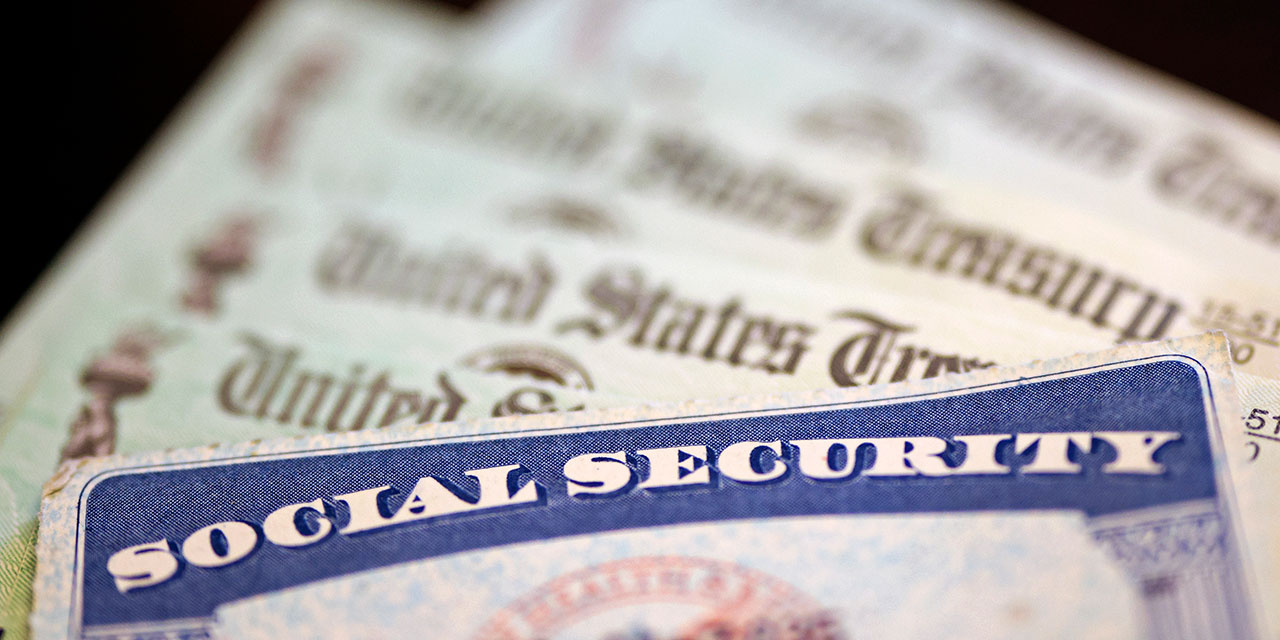 Last year, program trustees projected that, beginning in 2033, Social Security’s trust fund will be depleted and insufficient to pay retirement benefits. Medicare faces an even more immediate crisis, with its trust fund projected to run out in 2026.

Americans have long supported government aid for those who can’t provide for themselves, but the structure of Social Security and Medicare partly reflects an alternative vision, known as “social insurance.” According to this ideal, all workers are required to enroll in self-financing programs, with benefits reflecting how much they have contributed rather than the extent of their need.

This approach was initially unpopular with Americans, who preferred to control their own money and to make their own contingency plans. But after rapid wartime inflation led to the restructuring of Social Security, so that early beneficiaries received much more than they had contributed, the program’s popularity soared. Policymakers then employed similarly creative accounting to generate the appearance of funding to allow the creation of additional benefits. As subsequent generations have been required to pay not only for themselves but also for their predecessors, costs have increasingly exceeded benefits, exposing the arrangement’s fundamentally unsound structure.

Modern social insurance emerged in the late nineteenth century under German Chancellor Otto von Bismarck, who mandated the purchase of old-age, health-care, and disability benefits as part of workers’ compensation. Progressive-era social reformers around the world took inspiration from his example, believing that compulsory insurance against a limited number of contingencies could largely avert the need for relief for the poor. In the United States, the Progressive Party’s 1912 platform sought to achieve this by promising “a system of social insurance adapted to American use” to protect against “the hazards of sickness, irregular employment and old age.”

Forcing people to purchase insurance or annuities they did not want and could not afford proved unpopular, however. Bismarck’s “old-age insurance” allowed few to retire, as it paid out benefits only after beneficiaries had made 30 years of contributions. In the early twentieth century, Britain, New Zealand, Denmark, and most U.S. states opted to establish old-age pensions for the poor, funded out of general taxes, rather than as social-insurance schemes.

During the Great Depression, Congress was champing at the bit to establish federal aid to support similar pensions for the elderly poor, but Franklin Roosevelt’s administration obstructed its enactment until legislators attached an “Old Age Insurance” benefit for the middle class. This also proved unpopular in the early going, as it imposed taxes on those with modest incomes and didn’t pay out benefits for many years, while wartime inflation rapidly whittled away the value of contributions.

Attempting to bolster the scheme’s appeal, legislative amendments to the Social Security Act transformed the program into a pay-as-you-go arrangement, providing benefits out of proportion to individuals’ contributions. As a result, the generation of beneficiaries reaching retirement age in the 1960s received payments averaging 8.8 times the value of their contributions—after accounting for interest rates.

This Ponzi-style arrangement proved far more popular, at least in the short run. Legislators waved aside cost concerns by enacting payroll-tax increases that would only fully phase in 20 years later. Officials pointed to these far-in-the-future tax revenues to claim that the program was actually in a kind of fiscal surplus (a “trust fund”), which could be used to broaden the size and scope of benefits—with bigger benefits for wealthier beneficiaries, to maintain the illusion that this was justified by contributions.

Yet pay-as-you-go “social insurance” does not dominate provision for retirement in the U.S. to the extent that it does in continental European countries, where private pension reserves were often entirely wiped out by the Second World War. There, public-pension entitlements were expanded to provide full retirement incomes for the middle class, which have endured to crowd out private pensions.

In health care, the political appeal of a “social-insurance” approach is weaker than in retirement policy because the bills come due immediately. During the Progressive era, proposals to mandate the purchase of health insurance were rejected by every U.S. state that considered them. Americans enjoyed the best medical care in the world, and feared that that mandating the purchase of health insurance would entail tax increases, higher prices, and rationing of access to medical care—concerns that persist to this day.

As hospital expenses have risen beyond what can be paid for out of pocket or by charity, health care also proved to be more insurable through voluntary private markets than social-insurance advocates had been willing to admit. The share of the American population with private health insurance soared from 9 percent in 1940 to 73 percent in 1965. Medicare and Medicaid were then created to pay for those who were unable to work or afford their own insurance.

Medicare is often identified as a “social-insurance” program because Lyndon Johnson’s administration had intended for it to be paid for entirely by payroll taxes. But most of the program is now funded out of general revenues. Workers who contributed more are not entitled to more generous benefits. In fact, beneficiaries who contributed less typically receive more generous health-care benefits by virtue of “dual eligibility” for Medicaid. Nor is the entitlement of beneficiaries to the ever-expanding capabilities of modern medicine in any way limited by the extent of their prior contributions.

In general, hopes that social insurance would reduce the need for welfare programs have proved ill-founded. Those with the greatest needs for assistance, due to disability, low earning capacities, or other social disadvantages, have typically contributed the fewest taxes. So costly and regressive “social-insurance” entitlements for the middle class don’t displace the need for safety programs; they layer on top of them.

Americans strongly support aiding those in genuine need. Fewer than 10 percent of Americans typically say that they believe government provides too much aid to the poor, and annual spending on programs dedicated to the poor has risen from less than $1,000 per American under the poverty line in the 1960s to more than $10,000 over the past decade, even after accounting for inflation. Means-tested programs were specifically exempt from sequestration cuts to federal spending in recent years. The only substantial cuts to spending on welfare programs for the poor, under Ronald Reagan’s administration in the 1980s and the Republican Congress of the mid-1990s, slightly increased benefit levels while reining in eligibility.

In recent years, some observers have argued that social insurance differs from welfare because it is a system of “earned benefits” that prevents “free-riding.” But Social Security’s first chief actuary, W. R. Williamson, observed that the program’s contributory principle was “pure lip service,” which was “honored in the breach rather than the observance.” He deemed it “perfect nonsense to pretend that the special favoritism for the higher paid persons” had “anything to do with ‘reducing dependency.’” In practice, social insurance is less a tight set of principles to prevent free-riding than it is an idea cited opportunistically to dodge pertinent questions about beneficiary needs, program costs, and actuarial soundness—and to evade accountability, as measured either by the standards of public assistance or by those appropriate to private insurance.

The ideal of social insurance has become so stretched that it survives mostly as a branding exercise. Every type of welfare benefit has at some point been packaged as a form of insurance. The Social Security Act’s “Aid to Dependent Children” program for nonworking single mothers was first sold as “insurance” against widowed motherhood. Gradual liberalization of eligibility would make it mostly a benefit for those who had borne children out of wedlock.

“All governments cling to vestiges of national insurance, by now mostly a sham, because residual belief in it makes it a more acceptable tax,” notes Polly Toynbee, a columnist for Britain’s left-wing Guardian newspaper. In Germany, the combined payroll-tax rate increased from 24 percent in 1960 to 42 percent in 1998, while in France social contributions rose from 45 percent of gross wages for low-income workers in the early 1980s to 60 percent by the mid-1990s.

The appeal of social insurance has declined as the bills for earlier generations have come due and the ratio of working contributors to retired beneficiaries has halved. In stark contrast to their 1960s forebears, Americans retiring after the year 2000 will receive much less from Social Security than they paid in payroll taxes. There is no funding to maintain historical rates of benefit growth into the future.

Federal law prohibits both the Social Security Administration from paying full benefits and the Centers for Medicare and Medicaid Services from fully compensating hospitals for treating Medicare patients after their trust funds are depleted. In practice, Congress will undoubtedly provide additional funds, but the pretense of a link between contributions and benefits will have entirely collapsed. That may not be such a bad thing. It would free legislators from social-insurance shibboleths, allowing them to prioritize resources according to a much simpler, practical question: How can these programs best benefit the needy while imposing the lightest burden on taxpayers?

Chris Pope is a senior fellow at the Manhattan Institute.

City Journal is a publication of the Manhattan Institute for Policy Research (MI), a leading free-market think tank. Are you interested in supporting the magazine? As a 501(c)(3) nonprofit, donations in support of MI and City Journal are fully tax-deductible as provided by law (EIN #13-2912529). DONATE

Home Service
We use cookies on our website to give you the most relevant experience by remembering your preferences and repeat visits. By clicking “Accept All”, you consent to the use of ALL the cookies. However, you may visit "Cookie Settings" to provide a controlled consent.
Cookie SettingsAccept All
Manage consent