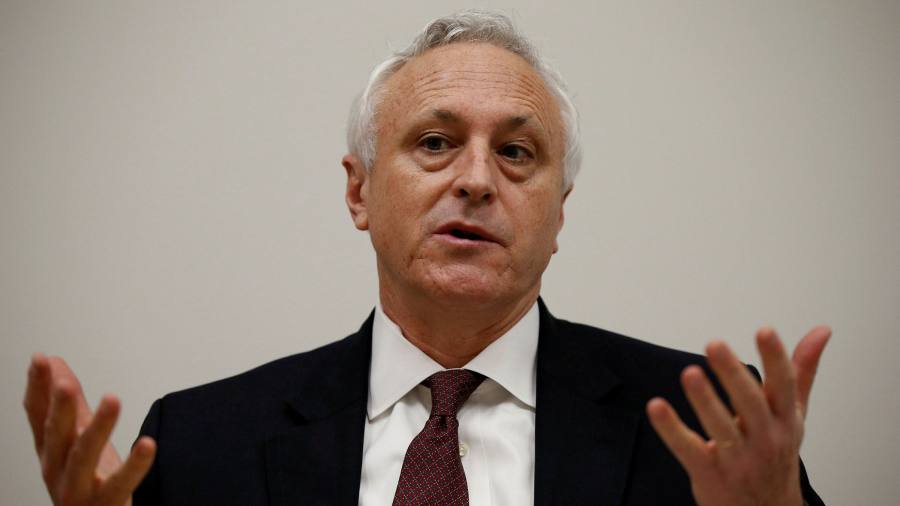 The outgoing head of one of the largest active US fund managers warned that investors should “step away from risk” to avoid being burnt in an increasingly speculative market.

Investors should not be overexposed to what has worked in the past year, or even three years, said Bill Stromberg, the chief executive of T Rowe Price, who will retire at the end of this year. “Even if they are a year too early. Because when the market unwinds, it will be areas of risk that unwind the most.”

Markets have been strong in 2021, recovering quickly from the shock of the pandemic as influxes of government stimulus, loose monetary policy and strong consumer demand drive stock indices to all-time highs. Investors have taken on more risk.

“Over [the] last two years there has been a way above-average amount of speculation,” Stromberg cautioned in an interview with the Financial Times. “We’ve been in a cycle where there has been very free-form risk-taking.”

Widely tracked indices are being propped up by a small handful of extremely large, overvalued companies, Stromberg said, while much of the rest of the market is “picked over”.

This concentration means active management is more valuable, Stromberg said. “It is time to be managing away from the most speculative investments — things that have very high valuations without revenues to support it.”

“Investors should remain disciplined,” he said. “I can’t tell you when that period of speculation will end, but it won’t be sustained.”

Investors need to seek out active managers who “are willing to step away from risk” to avoid being scalded, he said.

Actively managed fund houses such as T Rowe have been buffeted over the past 10 years as a bull market and low-cost index-following products made it easy for retail investors to outperform active managers for a fraction of the cost.

Fewer than half of all active funds outperformed passive indexed-based funds such as the S&P 500 stock index for the year to June 2021, according to data from Morningstar Direct. Over the long term the record is more patchy, with fewer than 20 per cent of all active funds surviving, though the survivors outperformed on average over a 10-year period.

T Rowe has managed to survive in the changed landscape. The firm made its name picking Silicon Valley stocks such as Twitter and Uber before their initial public offerings, along with newer consumer brands such as spectacles supplier Warby Parker.

T Rowe’s own share price has climbed more than 150 per cent over five years, while its assets under management have roughly doubled since 2016. The fund company has outperformed the S&P 500 but underperformed the Nasdaq Composite over the same period, which is up about 200 per cent.

Stromberg has been with T Rowe for 34 years and served six years as chief executive. The fund company manages $1.6tn.

The value of active management, Stromberg said, “boils down to who can deliver and beat passive over the long term. We’re one of half a dozen scaled firms that have done that well over time.”

As the sector becomes more consolidated and competitive, large firms turning to acquisition for growth is a theme that will continue, Stromberg said. “I can’t see a reason why that trend would change.”

Stromberg will be succeeded at T Rowe by Rob Sharps, a 24-year veteran of the firm, currently serving as chief investment officer.