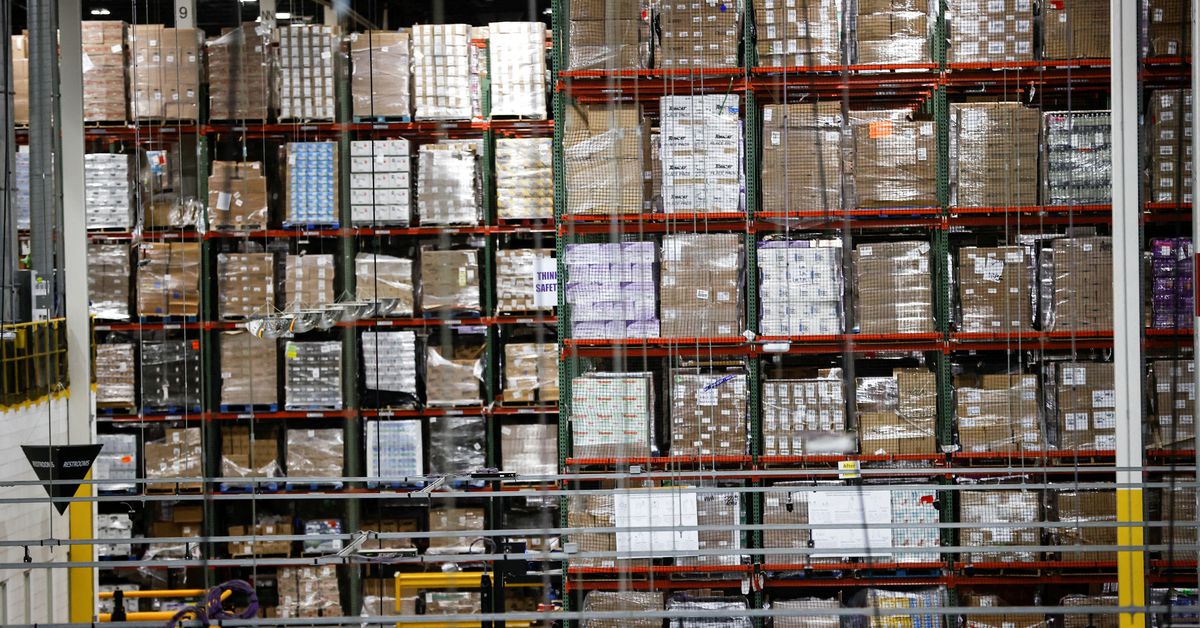 WASHINGTON, Jan 26 (Reuters) – The U.S. trade deficit in goods widened to a record high in December as imports increased for a fifth straight month amid strong domestic demand, suggesting that trade likely remained a drag on economic growth in the fourth quarter.

But imports are helping to replenish depleted inventories, with the report from the Commerce Department on Wednesday showing strong restocking at retailers and wholesalers last month. Solid inventory accumulation likely offset the impact on gross domestic product from the larger trade gap, prompting some economists to raise their growth estimates for the last quarter.

“Strong demand and shifting consumer preferences during the pandemic led to a surge in imports that continues to outstrip exports and is contributing to all-time highs in the deficit,” said Rubeela Farooqi, chief U.S. economist at High Frequency Economics in White Plains, New York.

Goods imports increased 2.0% to $258.3 billion, likely as the backlog at ports continued to be cleared. The increase in imports was driven by capital goods, motor vehicles and consumer goods. But imports of food and industrial supplies declined.

The report was published ahead of Thursday’s advance fourth-quarter GDP data. Trade has subtracted from GDP growth for five straight quarters. According to a Reuters survey of economists, the economy likely grew at a 5.5% annualized rate last quarter, an acceleration from the third quarter’s 2.3% pace.

Inventory investment likely accounted for much of the anticipated acceleration in GDP growth last quarter. Growth last year is expected to have been the strongest since 1984.

The Commerce Department report showed retail inventories shot up 4.4% in December after increasing 2.0% in November. Inventories of motor vehicles and parts jumped 6.8% after rising 4.3% in November. They had been hampered by a global semi-conductor shortage, which has undercut motor vehicle production.

Retail inventories excluding motor vehicles accelerated 3.6% after rising 1.2% in November. This component goes into the calculation of GDP growth.

Economists at JPMorgan raised their fourth-quarter GDP growth estimate to a 7.5% rate from a 7.0% pace. IHS Markit lifted its forecast 1.3 percentage points to a 7.4% rate.

The data published on Wednesday is unadjusted for inflation, which presents a bit of uncertainty about the inventory investment estimate in Thursday’s snapshot of fourth-quarter GDP.

“But the data in hand signal that the real inventory buildup in the fourth quarter was substantial,” said Daniel Silver, an economist at JPMorgan in New York. “While inventories should be very supportive for GDP growth in the fourth quarter, we think this buildup presents a downside risk to our first quarter real GDP forecast of a 1.5% rate.”

Inventories at wholesalers increased 2.1% last month after advancing 1.7% in November. There were increases in stocks of both durable and nondurable goods.

Inventory accumulation had been constrained by COVID-19-related global shortages, and the solid increases over the last two months offer hope that the worst of the supply chain disruptions was behind.

“It will likely take time for the supply-chain issues to ease, which could keep U.S. goods inflation elevated,” said Ryan Sweet, a senior economist at Moody’s Analytics in West Chester, Pennsylvania.

There was also some encouraging news on the housing market, with another report from the Commerce Department showing new home sales soaring 11.9% to a seasonally adjusted annual rate of 811,000 units in December, the highest level since March.

The outlook for the housing market is, however, uncertain amid expensive building materials, labor shortages and rising mortgage rates.

“Demand should remain strong, but supply is expected to increase only gradually and the runup in prices prior to December along with the more recent rise in mortgage rates will sideline many prospective buyers,” said Nancy Vanden Houten, a U.S. economist at Oxford Economics in New York.

Cosmetics
We use cookies on our website to give you the most relevant experience by remembering your preferences and repeat visits. By clicking “Accept All”, you consent to the use of ALL the cookies. However, you may visit "Cookie Settings" to provide a controlled consent.
Cookie SettingsAccept All
Manage consent