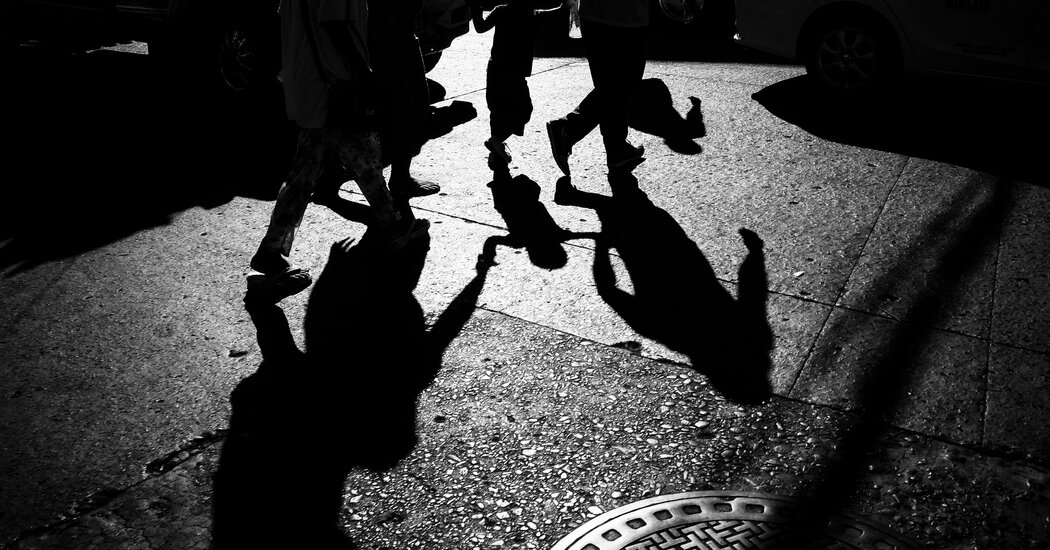 We are witnessing, right now, a flurry of attacks on the freedom of Americans to live as they choose. Conservatives have renewed their war against L.G.B.T.Q. inclusion and are poised to excise the right to have an abortion from our constitutional order. At the same time, they have continued to fight against public goods and what’s left of the welfare state, slashing spending and cutting taxes in states where they have control.

There’s a tendency among liberals to treat the conservative social agenda — and the attack on abortion, specifically — as being in tension with the conservative economic agenda and its commitment to the “free market,” meaning the domination of capital and the total erosion of the social safety net. But, as the sociologist Melinda Cooper has shown, that tension is exaggerated, if it even exists.

In “Family Values: Between Neoliberalism and the New Social Conservatism,” she argues that social conservative and neoliberal critics of the state — facing the crisis of inflation in the 1970s — called for a profound reform of the welfare system. “It was now agreed that the redistributive welfare programs of the New Deal and Great Society would need to be radically restricted, even while the private institution of the family was to be strengthened as an alternative to social welfare,” Cooper writes. These right-wing critics of the social safety net, along with some liberals and others on the center-left, “looked back to a much older tradition of public relief — one embedded in the poor-law tradition with its attendant notions of family and personal responsibility — as an imagined alternative to the New Deal welfare state.”

The two groups held very different assumptions about the role of the state vis-à-vis the family. Social conservatives, says Cooper, saw “the primary function of the state as that of sustaining the family, the foundation of all social order, if necessary through the use of force.” Neoliberals, by contrast, envisaged “the private paternalism of the family as a spontaneous source of welfare in the free-market order,” which had been undermined by the “perverse of incentives of redistributive welfare but also restored through the diminution of state paternalism.” Meaning, in short, that the family would thrive as long as perverse government incentives could be kept at bay.

Despite this seemingly fundamental difference, Cooper writes, “neoliberals have in practice relied on the much more overt forms of behavioral correction favored by social conservatives.” In order for neoliberals to realize their vision of a “naturally equilibrating free-market order and a spontaneously self-sufficient family,” they must delegate power to social conservatives who then use the state to impose traditional family forms.

Cooper cites Bill Clinton’s welfare reform as the prime example of how this took shape. Under the “Personal Responsibility and Work Opportunity Reconciliation Act,” states were required to “increase their efforts to police, track down, and enforce paternity obligations, on the presumption that the biological father of a child on welfare should be forced to pay child support whether or not a mother wished to maintain a relationship with him.”

And in what must be understood as a blurring of the boundaries between the free and unfree sexual contract, sanctions were to be imposed on mothers who did not sufficiently cooperate in helping welfare agencies to locate the biological father of their children. By diverting a substantial portion of the federal welfare budget to the task of extracting child support from fathers, welfare reform served to remind women that an individual man, not the state, was ultimately responsible for their economic security. Unless a woman could assume “personal responsibility” for her economic fate, she would have to accept her condition of economic dependence on an absent father or substitute husband.

This social conservative/neoliberal focus on the “family” becomes the basis for further destruction of public goods and for the devolution of social responsibilities to individual households. Free (or at least reasonably priced) tuition for university students becomes state-backed loans that individuals and families are obligated to pay back. Rather than support high wages and full employment, the government would “scale back spending, repress wages, and instead let long-term interest rates fall” in order to “generate an abundance of cheap consumer credit.”

Government would step back, the private sector would step in and the market would take control, with the traditional family — shaped by policy and disciplined by capital — as the foundation of the social and political order.

Cooper, it should be said, sees much of this as the recapitulation of an earlier period in the history of American capitalism. And when she describes that period, it is even easier to see how her argument relates to the present.

The social upheaval brought on by the rise of industrial capitalism produced a movement of reformers and critics who feared that “the traditional moral fabric of American life was being destroyed by a perfect storm of malign influences,” from “the dispersion of households as young people migrated en masse to the industrial heartlands” to “interracial mixing and the rise of a feminist movement intent on questioning male authority in the household.” These reformers and critics were joined by free-market liberals who tied this undisciplined working-class to the growth of public relief programs and other forms of collective assistance.

They converged on the traditional family as the solution. “While free-market liberals were concerned with enforcing the economic obligations of family,” Cooper writes, “conservatives were convinced that moral and legal foundations of the family needed to be shored up before the economic costs of marital breakdown could be properly attended to.”

In accordance with this view, she notes, “the laws governing intimate relationships became considerably stricter in the last decades” of the 19th century. “During this period, most states moved to restrict or outlaw common-law marriages, raised the age of consent, reestablished waiting periods for marriage, banned interracial unions, and criminalized abortion and contraception.”

For these reformers, she continues, “the economic obligations of kin could not be properly enforced without a comprehensive effort to rebuild the family as the very foundation of social order.”

Then and now, both social conservatives and free-market liberals have had a vested interest in the traditional family as the building block for their favored political and economic regimes. The traditional family would safeguard hierarchies of gender and status as well as handle the consequences of capitalist inequality.

Which is to say that the imposition of traditional family forms — the reassertion of patriarchal control over women and children, the suppression of alternative gender expression and re-establishment of the heterosexual binary — is what undergirds the destruction of the welfare state and the erosion of public goods. And the segmentation of labor that results — women relegated either to unpaid work in the home or low-pay, low-status work in the marketplaces — helps capital tighten its grip on society.

Or, as the conservative commentator and provocateur Ben Shapiro recently declared on Twitter, “The family is the basis of free markets; it represents a core economic unit against the ravages of a confiscatory state.”

That, I suppose, is one way to put it.

My Friday column was on the ridiculous idea that the Supreme Court has any legitimacy to lose.

It matters whether a president has democratic legitimacy. Donald Trump did not. But rather than act with that in mind, he used his power to pursue the interests of a narrow ideological faction, giving its representatives free rein to shape the Supreme Court as they saw fit. The court, then, is stained by the same democratic illegitimacy that marked Trump and his administration.

Rebecca Traister on the post-Roe world for New York magazine.

Peggy Cooper Davis on slavery, the Fourteenth Amendment and abortion in The Washington Post.

Meaghan Winter on the fight for abortion rights in Dissent magazine.

Miles Mogulescu on the end to the right to privacy in The American Prospect.

Photo of the Week

A few of the flowers in our garden bloomed, and I dutifully went out to take a few pictures with my macro lens. It had rained overnight, and I tried to focus on how the raindrops rested on the petal. I think the photo turned out pretty well.

An easy weeknight dinner to serve with some nice bread, a sprinkle of feta cheese and a crisp salad. Recipe comes from NYT Cooking.

Heat the oven to 375 degrees. In a large ovenproof skillet or Dutch oven over medium heat, combine the oil, garlic, rosemary, fennel seeds and chile flakes. Cook until the mixture is fragrant and the garlic is golden, 3 to 5 minutes.

Cover with a lid or foil and bake for about 40 minutes, until the chickpeas are soft and crispy in parts and the broccoli rabe is tender, but the stems are not mushy.

Let cool slightly. Before serving, remove the rosemary and season to taste with salt and pepper. Serve with crusty bread for mopping up the seasoned oil.

Life Insurance
We use cookies on our website to give you the most relevant experience by remembering your preferences and repeat visits. By clicking “Accept All”, you consent to the use of ALL the cookies. However, you may visit "Cookie Settings" to provide a controlled consent.
Cookie SettingsAccept All
Manage consent